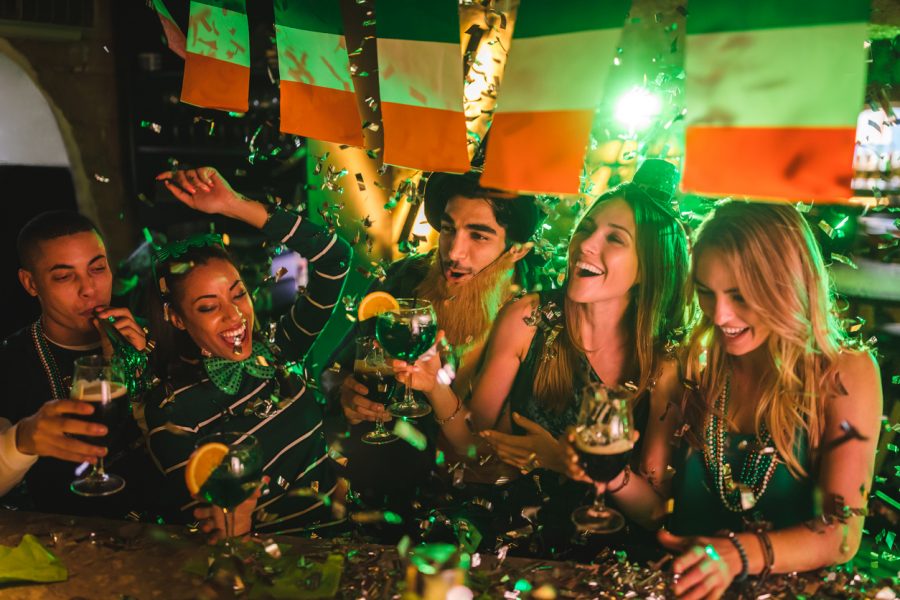 Through what proved to be a highly controversial exposé, Reuters revealed the consequences of Vanderbilt students attending St. Fratty’s day celebrations during the rise of COVID-19. The Apr. 2 article, titled “Exclusive: How elite U.S. college students brought COVID-19 home from campus,” reported that “more than 100 Vanderbilt students attended parties” following the university’s Mar. 9 decision to temporarily transition to online courses.

The article described Instagram posts “depict[ing] clusters of students clad in green, chatting in close proximity, drinking from beer cans and red cups, and posing together for pictures.” While party-goers garnered Instagram likes, the country braced for unprecedented healthcare and economic crises. Reflecting warnings of the virus’ high transmissibility, at least 60 Vanderbilt students were diagnosed with COVID-19 by Mar. 21. By Apr. 2, a group message of COVID-19 positive students contained 107 members. Consequently, the article describes “prestigious” Vanderbilt as an example of “the role students at some colleges – particularly those with a global footprint – have played in the pandemic.”

Shortly after publication, students took to public channels, deeming the article’s content misrepresentative and overly critical, as evidenced by the quotes below from a campus organization’s GroupMe. Criticism of Reuters and the litany of excuses made for these parties are deeply flawed. More than that, Vanderbilt students’ resistance to accountability further exemplifies the very elitism and entitlement highlighted in the Reuters article.
“If you think back to that Wednesday, it was not obscene to have participated.”
By the time students returned to campus from spring break, scientific and academic community guidelines already claimed that partying was both dangerous and inadvisable. On Mar. 9, Vanderbilt suspended courses and recommended that students “practice social distancing vigilantly.” By the next day, the Office of Housing and Residential Experience notified residents that, “there should be no parties/gatherings,” continuing that, “students are encouraged to maintain social distance and minimize interactions with others.”

Aside from official communications, Vanderbilt students knew about the potential for campus cases. On Mar. 9, The Vanderbilt Hustler reported that a student who spent spring break in Barcelona tested positive. This student said, “there were maybe 50 [Vanderbilt students]” who also travelled to Barcelona and returned to campus. Given university instructions and ample evidence that the virus could spread through the Vanderbilt community, decisions to attend parties were irresponsible.
“It wasn’t presented on the national level as serious at the time.”
The day before St. Fratty’s festivities, Dr. Anthony Fauci proclaimed nationally, “We can’t be doing the kinds of things we were doing a few months ago,” specifying that, “it doesn’t matter if you’re in a state that has no cases or one case.” By that time, Tennessee reported seven cases, the national death toll reached 44, and over 50 colleges and universities suspended or cancelled in-person classes. Between Mar. 10 and 12, American cases climbed from 754 to 1,312—a 74 percent increase. Government guidelines, informed by epidemiologists’ analysis of test results, indicated that social gatherings should be restricted. Particularly given the educational resources of Vanderbilt students—our free access to national news sources, our experience locating and reading research, and our extensive training in critical thinking—ignorance is far from an adequate defense.
“Fuck it, this is the last hoorah.”
Instead of pleading ignorance, some students admitted willingness to prioritize partying over public health. Defending participation in St. Fratty’s celebrations, two students stated, “I’m definitely not going to apologize for enjoying my last two days in Nashville,” and, “I think we knew that attending St. Fratty’s was stupid but were just like, ‘Fuck it, this is the last hoorah.’”

The selfishness and lack of remorse ingrained in such statements demonstrate perhaps the greatest takeaway from this situation: that our peers can exhibit disturbing neglect for the well-being of others, and that this particular brand of neglect may be unique to undergrads at elite universities. By spreading the virus to one another at an exponential rate, so too did St. Fratty’s partiers expose essential service workers, medical providers, and hospital custodians to unnecessary and likely unaffordable risk.

It takes exceptional privilege to believe that one last drunken get-together takes precedence over human life. In this instance, Vanderbilt’s elite culture appears to have backfired, catapulting young adults’ invincibility complexes into a dangerous sense of entitlement over the most physically and economically vulnerable.
“Vandy could’ve easily said, ‘Don’t return,’ halfway through spring break.”
Although some blame the university for allowing students to return after spring break, party attendees remain accountable for their actions. Granted, a different response from Vanderbilt may have prevented student transmission of the virus, but ultimately, fighting this pandemic requires selfless individual decision-making. Highly capable students chose to ignore warnings from the university, from the news, and from the federal government.

For this series of missteps, Vanderbilt students who attended St. Fratty’s parties deserve to be held accountable. Such accountability ought not be mistaken for wholesale condemnation or blame for this wide-reaching emergency. Accountability serves neither to humiliate nor to vilify but instead to save lives—to demonstrate to the young and the privileged that our communities need us to do better, and to teach us never to repeat these mistakes. Indeed, the Reuters article is ugly, but it is the ugly truth, and for shining light on that truth, I say thank you.