OPINION: What Andrew Yang Got Wrong About Asian-Americans and the Coronavirus 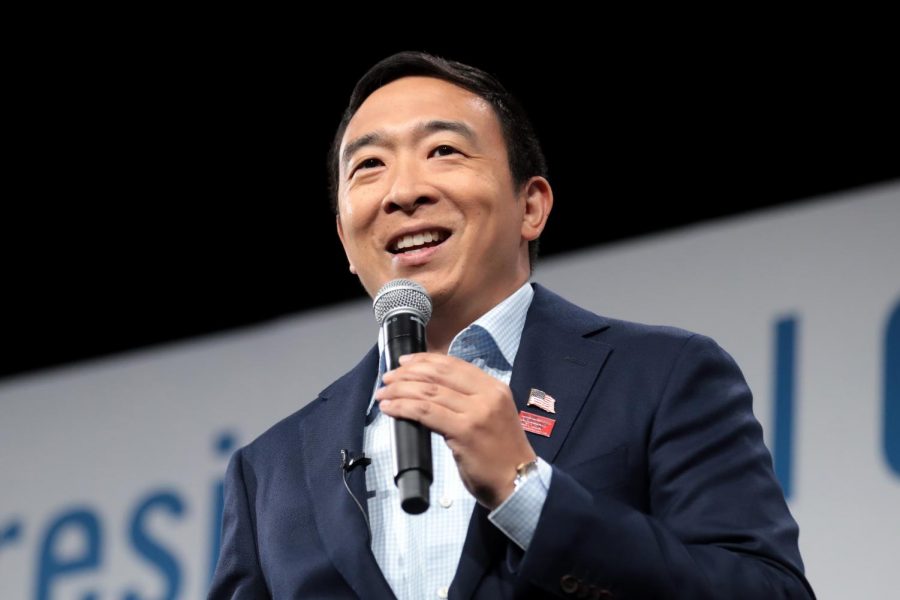 In early February, a video showed a man physically attacking an Asian woman wearing a face mask at a New York subway station. A Facebook post, which has since been deleted, alleged that the man called the woman a “diseased b****.” That same month, a 16-year-old Asian boy in Southern California was sent to the emergency room after bullies accused him of having the virus and attacked him. On Mar. 4, another video showed a man yelling at and spraying disinfectant toward an Asian man on a New York subway. On Mar. 14, a man in Texas stabbed an Asian family because he believed they were carrying the virus.

These disheartening stories represent a small fraction of the abuse terrifying Asian-Americans across the country. A report by members of the Asian-American Studies program at San Francisco State University found that news stories on coronavirus discrimination increased 50 percent between Feb. 7 and Mar. 9. On Mar. 19, several Asian-American advocacy groups launched a website to collect reports of discrimination and received over 1100 reports in the first two weeks.

When I asked members of the Vanderbilt Asian-American community to tell me their stories, 15 came forward. Three had personally experienced discrimination and 12 personally knew a victim of harassment or assault. All 15 said they felt afraid for their safety and the safety of their loved ones. Here is some of what they had to say:

“On Vanderbilt campus, I was talking to my friend … about the virus and how people in one of my classes were still going to Barcelona over spring break. This Caucasian male who walked past us overheard part of our conversation and said, ‘Haha you’re not going around spreading the coronavirus right?,’ and laughed. I looked at him straight in the eye and said, ‘No, I’m not spreading it and it’s not funny.’ He merely replied, ‘Oh no, I didn’t think it was funny, but I just heard you talking about it and thought you were spreading it to your friend.’”

“While I was waiting in line to talk to the gate agent at [Nashville International Airport] for my flight to [New York], an elderly white man got my attention and said, ‘Hey buddy, can you go back to your own country?,’ It was the first time I have explicitly been targeted maliciously and it made me feel like I was not welcome, not even tolerated, in this country that I was born and raised in. Those few simple words have been repeating inside my head since that occurrence as I try to understand what makes people so hateful.”

In the midst of these fear-inducing attacks came a controversial Washington Post op-ed penned by entrepreneur and former Democratic presidential candidate, Andrew Yang. His overarching message, that Asian-Americans can rise above the hatred thrown their way by embracing unity, faded behind three sentences:
“We Asian Americans need to embrace and show our American-ness in ways we never have before. We need to step up, help our neighbors, donate gear, vote, wear red white and blue, volunteer, fund aid organizations, and do everything in our power to accelerate the end of this crisis. We should show without a shadow of a doubt that we are Americans who will do our part for our country in this time of need.”
If unity is the solution to racist attacks, those three sentences represent how Yang believes we can get there. For some, Yang’s call for displays of American-ness evoked memories of America immediately after the Sept. 11 attacks, a time when many Muslims and South Asians adopted similar “American” attire and practices to stave off attacks and signal, “We are one of you, not one of them.”

Many Asian-Americans, myself included, criticized Yang’s solution for complacently conforming to the structure of contemporary racial domination, one which places the burden on minorities to assume the aesthetics of the majority in order to be treated with respect. To say that respect is a conditional privilege and not a prerequisite is ridiculous and anything but American.

Yet, Yang also misunderstands the problem, and this is what many critics glossed over. He views the attacks as time-bound products of the outbreak, manifestations of people’s fear and anxiety. He writes, “The best thing that could happen for Asians would be to get this virus under control so it isn’t a problem anymore. Then any racism would likely fade.”

Overt racist attacks against Asian-Americans may indeed fade, and I hope they do. However, Yang dangerously implies that when the world eradicates COVID-19, Asian-Americans will return to a post-racial world. Yet, it is impossible to return to a world that never existed in the first place.

I should note that when people use the term Asian-American, they usually think of and refer to East Asian ethnicities and thereby homogenize an incredibly diverse group of people. All Asian-Americans, however, occupy a position in America’s racial structure that is equally perplexing as it is ironic. At once, we fall victim to a system that labels us as the model minority, or a perpetual foreigner, or both.

As the model minority, Asian-Americans have made incredible strides in the academic and professional world by quietly and obediently working from within the system. This is the very same system that uses Asian-American success as proof that anyone and everyone can “make it” in America. Borrowing from sociological terminology, Asian-Americans are the “middleman” in America’s contemporary racial domination, strategically positioned such that the majority can dismiss grievances of racial discrimination expressed by other non-white minorities.

While the model minority stereotype works against the progress of other minorities, it also harms Asian-Americans. It creates the expectation that Asian-Americans should submissively keep their heads down and work towards success, instead of calling out injustice when they see it. It creates animosity towards Asian-Americans who are seen as taking over America’s academic and professional institutions in “hordes”. It creates a self-sustaining cycle whereby institutional success upholds and validates the use of the term itself, reinforcing the idea that Asian-Americans are, first and foremost, a minority, an other, and a perpetual foreigner.

As a perpetual foreigner, we are told Asian-Americans will never be American. Our interactions with people we meet for the first time are often characterized by the question, “Where are you from?” followed by “Where are you really from?” as though we need to scrub ourselves of any indication of our Asian-ness to be considered American.

Asian-Americans are expected to desert the part of their identity that comes before the hyphen and declare allegiance to what comes after it, forced to choose between being Asian and being “American.” Yet, when Asian-Americans attempt to “be American,” we ironically become the model minority that bends to the system in the name of success and once again, find ourselves cast as foreigners. Unfortunately, having their attempts at assuming “American-ness” rejected, many Asian-Americans find their identities suspended in limbo, neither American nor Asian.

Thus, while Yang correctly identifies racism as the problem, he mischaracterizes its nature. I agree with his assertion that these attacks are symptoms of fear and uncertainty and that as the virus dies down, so will these attacks. However, the end of the pandemic will not simultaneously usher in a post-racial color-blind world. The model minority and perpetual foreigner stereotypes will continue to wreak havoc on the identities of Asian-Americans. Attacks will flare again come the next crisis with any relationship to the Asian continent. Racism will lie dormant or persist in much subtler forms.

I commend Andrew Yang for trying to tackle such a complex issue and for bringing Asian-American interests into mainstream political conversation. However, urging minorities to show their American-ness does nothing to advance racial progress. Instead, we should all engage in sincere reflection and reconsideration of what it means to be American. We should collectively work towards an American identity that values and respects everyone, regardless of whether or not the word American is preceded by a hyphenated identity. Lastly, we must expect more out of our leaders by calling on them to do the same. Instead of stoking division and animosity by using terms like the “Chinese virus,” our leaders should work towards unity and remind us to find strength in our collective American identity.