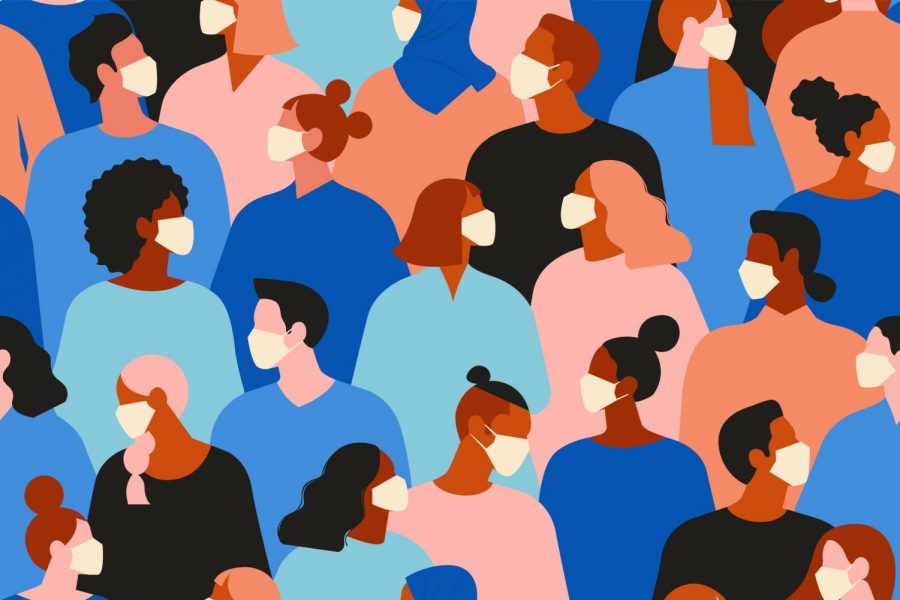 Since the start of the pandemic, there have been over one million confirmed cases and over 60,000 deaths in the United States alone. Amidst the chaos, some have called this pandemic “the great equalizer” and have suggested that despite its incredible toll, the virus does not discriminate.

Nothing could be further from the truth.

As states have started to report demographic data, a disturbing trend has emerged: African Americans are far more likely to contract and die from the virus than any other race.

Tennessee started releasing racial data earlier this month. Even with largely incomplete data, there is a 15 percentage point difference between the number of Black deaths and their proportion of the population. Fourteen states have yet to release racial information, which could reveal a much larger disparity.

While some have suggested that people of color are genetically predisposed to the virus, there is little evidence for this. Instead, the disproportionate toll that the coronavirus has taken on African Americans is a product of institutionalized racial inequalities that place them at a greater risk of contracting and dying from COVID-19.

According to the Economic Policy Institute, African American workers are less likely to be able to work from home, compared to White and Asian Americans. Furthermore, 34 percent of African Americans in urban areas use public transportation on a regular basis, compared to 14 percent of White Americans, according to a Pew survey. This not only increases opportunities for exposure but also limits mobility and resource accessibility. Additionally, African Americans are less likely to own their own home and are more likely to live with multiple generations of family. This can be attributed to lower household wealth and barriers to receiving loans. These high-contact jobs and poorer living conditions place minorities at greater risk of coming in contact with the virus.

The fact that African Americans are more likely to suffer from underlying medical conditions also increases their likelihood of being hospitalized for COVID-19.

Dr. Derek Griffith, professor of Medicine, Health, and Society at Vanderbilt, says that social and environmental causes are to blame for the increased underlying medical conditions African Americans face. Dr. Griffith explained that African Americans and other minorities in the United States experience a concept called “weathering,” where the chronic stress of poorer living conditions causes the body to wear down and be more susceptible to disease.

Additionally, Dr. Renã Robinson, professor of Chemistry at Vanderbilt, explains that African Americans have “less access to the kind of resources you need to promote a healthy lifestyle.”  These resources, like nearby grocery stores, health education, safe outdoor exercise spaces, and reduced emotional and physical stress, can strengthen the immune system and prevent underlying conditions.

Once African Americans contract COVID-19, they may lack access to high-quality medical treatment.

Dr. Robinson explained that health care providers “can stereotype you and say your pain level is not what you say it is, so they won’t prescribe you what you need.”

Additionally, African Americans may be uninsured or underinsured. However, when African Americans and White Americans had the same level of insurance, African Americans still received lower-quality care, according to Dr. Griffith. “There are very consistent racial and ethnic differences in the quality of care received, even after controlling as best you could for access to care,” he said.

Dr. Stephanie Cox-Batson is the Chief Medical Officer at Near North Health Services in Chicago, a nonprofit that predominantly serves uninsured and underinsured Black patients.

According to Dr. Batson, one of the biggest problems community healthcare centers face is the unequal distribution of personal protective equipment (PPE). At Near North, healthcare personnel are often forced to reuse the same set of PPE throughout the day, while a few miles away, in a more affluent neighborhood, medical personnel receive a completely new set of PPE each time they enter a patient’s room.

“Are those lives more valuable if they have private insurance?” asks Dr. Batson.

The long-term impacts of the coronavirus epidemic on Black communities have yet to be seen, but community leaders and healthcare providers are not optimistic. The individual and societal economic impacts have been devastating and the emotional toll will soar as more lives are lost.

Dr. Griffith says that within the US, “we expect it to last longer and concentrate within certain communities due to social conditions that make it more difficult for them to avoid contact with [COVID-19] and be able to access quality care.” He specifically expects the virus to affect African-American and Latino men, given that data from other countries have shown that men are more likely to die from COVID-19 than women. This, combined with the fact that marginalized communities are more likely to have preexisting conditions, puts male minorities at a greater risk of death.

African Americans are not the only marginalized group that has been disproportionately affected by the epidemic. Even fewer Hispanics and Latinos can telework compared to African Americans, and since Native Americans have been labeled “other” in demographic COVID-19 data, the effect that the epidemic has had on this population is largely unknown.

“They aren’t things that have just come up in our healthcare system.  These were around prior to COVID-19,” Dr. Robinson said, “and our country can decide to do something about it.”

The first step is to increase access to testing in vulnerable communities, having adequate PPE when businesses reopen, and having clear, science-driven messaging from the federal government.  Additionally, releasing more demographic data is critical for state and city officials to identify communities that have been disproportionately affected by the virus.

Dr. Griffith also notes that the United States’ healthcare system has failed to create safety nets for low-income Americans, which has increased opportunities for weathering and promoted preexisting conditions in marginalized communities.

Dr. Robinson asks, “Now that this issue has been further exposed, what are we going to do about it as we move forward?”