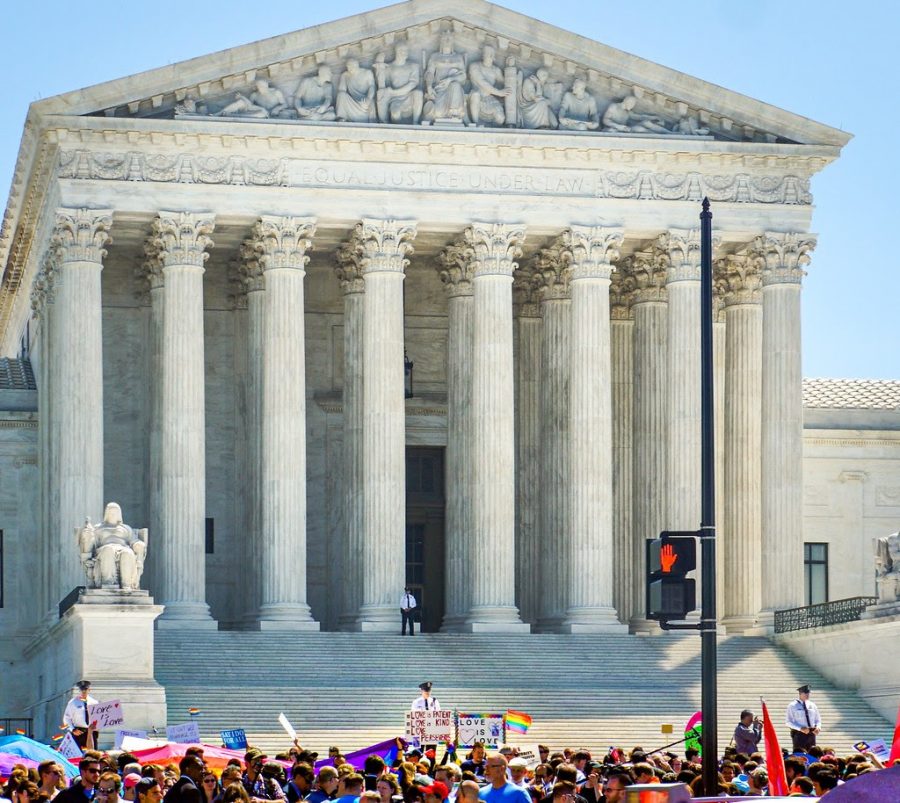 A decision from the Supreme Court of the United States recently sent shockwaves throughout the LGBTQIA+ community and the nation as a whole. It regards a trio of cases on the 2019-2020 docket which all dealt with the ability of the historic 1964 Civil Rights Act to provide workplace discrimination protection for individuals based on their sexual orientation and gender identity. The bench provided a 6-3 decision with Trump-appointed Justice Neil Gorsuch writing the majority opinion. Gorsuch was joined by Chief Justice John Roberts and the bench’s four liberals: Justices Stephen Breyer, Ruth Bader Ginsburg, Elena Kagan, and Sonia Sotomayor.

The decision from the bench is the result of three cases argued in front of the court, two of which were paired for the similarity of their claims. The three cases subject to the decision are Bostock v. Clayton County, Altitude Express, Inc. v. Zarda, and R.G. & G.R. Harris Funeral Homes Inc. v. Equal Employment Opportunity Commission (EEOC). Bostock and Altitude Express were presented together and both specifically dealt with the protection of individuals from sexual orientation-based discrimination while the case of Aimee Stephens, represented by the EEOC, dealt with the right of individuals to have their gender identity protected under the Civil Rights Act.

In the majority opinion, Justice Gorsuch establishes in explicit fashion that Title VII under the 1964 Civil Rights Act provides protections for individuals in the workplace who identify as transgender or homosexual. Justice Gorsuch, in plain terms, proclaims that, “An employer violates Title VII when it intentionally fires an individual employee based in part on sex…A statutory violation occurs if an employer intentionally relies in part on an individual employee’s sex when deciding to discharge the employee. Because discrimination on the basis of homosexuality or transgender status requires an employer to intentionally treat individual employees differently because of their sex, an employer who intentionally penalizes an employee for being homosexual or transgender also violates Title VII.” In such clear language, this majority opinion provides a clear affirmation of the status of the LGBTQIA+ community; the collection of justices in the majority opinion further expanded the protections provided under the historic Civil Rights Act of 1964 and in doing so provided further security for the LGBTQIA+ community in the United States.

Given the ongoing struggle for equality for the many marginalized and oppressed communities within the United States, such a landmark victory provides further hope and momentum for movements across the nation. Furthermore, it provides vindication for those individuals fighting for themselves and the nameless, faceless collective of individuals who share in their struggle against systemic forces. With this decision, the highest court in the nation established with immense clarity that those individuals far too often cast aside in the history of our nation, firmly and righteously belong.

The victory in the court will play out in public settings over the next few years and presents a growing list of challenges for the LGBTQIA+ community and those who count themselves as allies. Such challenges are difficult to predict, but those which may present themselves in the years to come could revolve around the role of religious freedom in private employment practices. Other challenges could regard the usage of correct pronouns on employment documents in the private and public sectors. Similar to landmark cases of the past, these changes are often not as sweeping as they may feel and if the decision of Obergefell v. Hodges is any indicator, we as a nation and a smaller Vanderbilt community can prepare for growth and regression alike. Even after the success of Obergefell, challenges to parental rights of the LGBTQIA+ community persist, though challenges to the marriage licenses of LGBTQIA+ couples has seemingly slowed. The battles following this opinion will demand a resounding response from state and local governments to ensure that the ruling in the Supreme Court rings true throughout the country. At a time with challenges in surplus, and answers an ever growing rarity, such decisions provide an opportunity to tangibly improve the conditions of American society and should be used to do so.