Uncertainty in the Wake of Justice Ginsburg’s Death 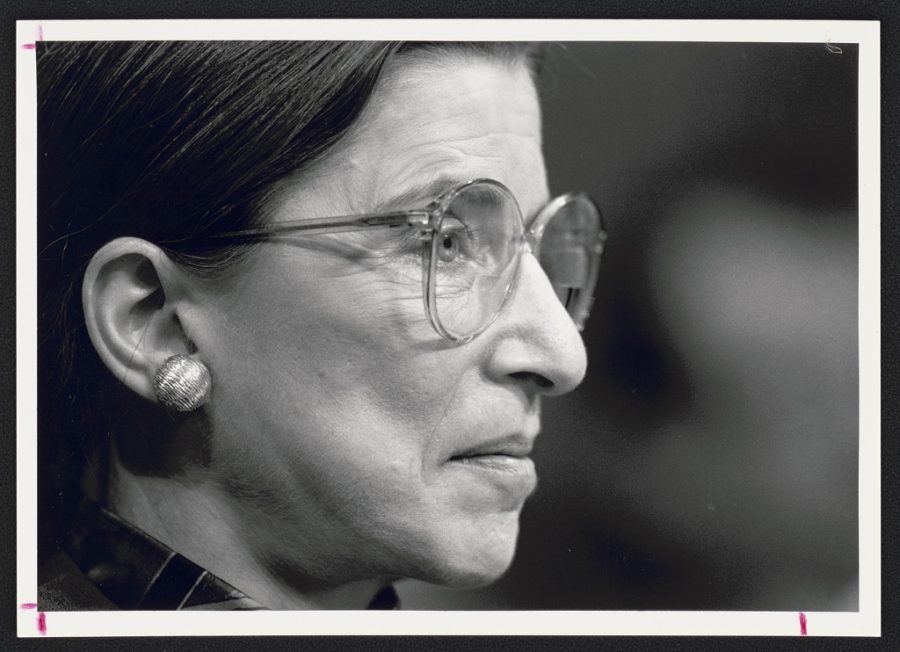 Supreme Court Justice Ruth Bader Ginsburg died at 87 on Friday, September 18, 2020. Justice Ginsburg served on the Court since her appointment by President Bill Clinton in 1993, and she was one of the body’s four liberals. As a justice, Ginsburg was known for her passionate dissents and her relentless advocacy for gender equality.

Her vacancy on the Supreme Court demands the country to ask if a replacement will be made in the 44 days that precede the 2020 presidential election, and what a replacement could mean for the current political debates that dominate American society.

From the start of her career as a lawyer to her tenure on the Supreme Court, Justice Ginsburg promoted gender equality and believed in the adaptable nature of the Constitution. Justice Ginsburg served as the Director of the American Civil Liberties Union Women’s Rights Project until 1980, when she was appointed to the United States Court of Appeals for the District of Columbia Circuit by President Jimmy Carter. On the Supreme Court, Justice Ginsburg voted in favor of marriage equality in Obergefell v. Hodges (2015). She also supported the rights of immigrants and asylum seekers in a variety of cases. Perhaps her most notable opinion was in the case of United States v. Virginia (1996), in which Justice Ginsburg wrote the majority opinion and emphasized the need for equal educational opportunities for women.

According to her granddaughter Clara Spera, Justice Ginsburg’s final request was that she “will not be replaced until a new president is installed.” President Donald Trump and Senate Majority Leader Mitch McConnell (R-KY) do not intend on fulfilling this wish. Leader McConnell released a statement in the hour following the announcement of Justice Ginsburg’s death and affirmed that “President Trump’s nominee will receive a vote on the floor of the United States Senate.”

This statement contradicts his action against a Supreme Court nomination in 2016 by President Barack Obama, for which he argued that “the American people should have a voice in the selection of their next Supreme Court justice. Therefore, this vacancy should not be filled until we have a new President.” Following the death of Justice Antonin Scalia in 2016, President Obama attempted to fill the vacancy seven months before the election that year. However, McConnell—also the Senate Majority Leader at the time—prevented President Obama’s nomination from being considered on the Senate floor.

If the Senate confirms his nominee, President Trump will make his third placement on the Supreme Court, which could create a heavy 6-3 conservative majority. While the President has not yet confirmed a nomination, he has produced a long list of staunchly conservative potential nominees since his 2016 campaign, including Senator Tom Cotton (R-AR) and Senator Ted Cruz (R-TX).

President Trump announced at a rally in North Carolina that he will nominate a woman to replace Justice Ginsburg next week. Resources suggest that the current frontrunners for the nomination are Amy Coney Barrett and Barbara Lagoa, both of whom are consistently conservative and anti-abortion.

A majority vote in the Senate is required before a nominee can be appointed to the Supreme Court. Republicans currently have a 53-47 seat majority in the Senate, indicating that only four Republican senators need to vote against the nomination in order to prevent President Trump from appointing another justice before the election. Some Republican senators, including Lisa Murkowski (R-AK) and Susan Collins (R-ME) have already expressed their opposition to appointing a new justice prior to the election; however, neither senator has promised to vote against a Trump nominee.

Other senators, such as Cory Gardner (R-CO) and Lindsey Graham (R-SC) openly opposed the opportunity for President Obama to make a nomination prior to the 2016 election. Senator Graham famously said, “I want you to use my words against me. If there’s a Republican president in 2016 and a vacancy occurs in the last year of the first term, you can say Lindsey Graham said let’s let the next president, whoever it might be, make that nomination.” Despite this opposition, Senator Graham tweeted his support for President Trump, “in any effort to move forward regarding the recent vacancy created by the passing of Justice Ginsburg.” Senator Gardner has yet to comment on whether or not he will vote for a Trump nominee.

With a stronger conservative majority on the Supreme Court, issues such as abortion, healthcare, and electoral politics may reappear on the Court’s docket. In 2017, President Trump promised to nominate judges who would overturn the 1973 decision in Roe v. Wade, which legalized abortion in all fifty states. This June, Chief Justice John Roberts voted alongside the liberals in a 5-4 decision to strike down a restrictive abortion law in Louisiana. Given the close nature of the decision, it is possible that the new makeup of the Court could produce strongly anti-abortion outcomes.

The Supreme Court is also scheduled to hear arguments concerning the future of the Affordable Care Act (ACA) on November 10, only one week following the election. A strong conservative majority on the Court could result in the dissolution of the ACA, leaving millions of Americans without health care coverage. The Court faced a similar situation in 2011, though a 5-4 decision written by Chief Justice Roberts and the four liberal justices ensured the constitutionality of the ACA.

Moreover, there is a large potential for the Supreme Court to have a role in determining the results of this year’s presidential election. As a result of the current pandemic, mail-in voting will be heavily utilized this year. This fact raises the question of whether the election results will be clear by election night; if they are not, the Supreme Court may become involved as they did in the 2000 election.

For now, Americans on either side of the political spectrum must wait to find out if Justice Ginsburg’s final wish will be respected or if President Trump will make a third appointment to the High Court during his first term.