Packing the Court in 2020 Echoes a Long Political Tradition 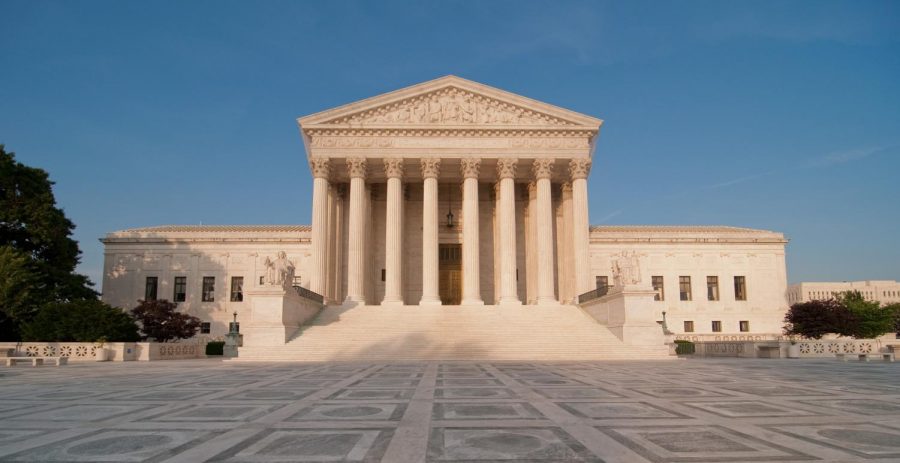 Following Supreme Court Justice Ruth Bader Ginsburg’s passing, and anticipating the potential appointment of Judge Amy Coney Barrett, the subject of court packing has re-entered the public stage for the first time since it was last seriously entertained in 1937.

Court packing would expand the Supreme Court to include more than the current nine justices. Democrats argue that adding justices would diminish what they view as hyper-partisan Supreme Court appointments. In 2016, Senate Majority Leader Mitch McConnell blocked President Obama’s appointment of Judge Merrick Garland on the grounds that it was an election year, and the next president should decide. This year, however, the Kentucky Republican has reversed his stance, arguing that President Trump should fill Justice Ginsburg’s seat before the upcoming election. Democrats view this move as a partisan power-grab.

Many Democrats have thus argued that expanding the Supreme Court to include up to 15 justices is necessary to “depoliticize” the Court, as Mayor Buttigieg put it. Following Ginsburg’s death, Senator Ed Markey, D-Mass., tweeted, “we must abolish the filibuster and expand the Supreme Court.”

Republicans argue that expanding the Supreme Court would undercut its integrity. Representative Jim Jordan, R-Ohio, said that adding justices to the court would “undermine our democratic institutions and destroy the credibility of our nation’s highest court.”

Constitutionally, however, there is no reason why the Court cannot be expanded. Of the three branches, the US Constitution provides the least guidance on the characteristics of the judicial branch. Consequently, the Supreme Court as we know it today has been shaped both by Congress, which has jurisdiction over court appointments, as well as by precedent.

While there have been nine justices on the Supreme Court for over a century, nothing mandates that number. And, in 1937, President Franklin Delano Roosevelt proposed to increase the number after the Court repeatedly struck down his New Deal policies. At that time, President Roosevelt had won re-election in a landslide, and his party also controlled the House and Senate.

Assistant Dean of the College of Arts and Sciences and Director of Pre-Law Advising, Dr. Carrie Archie Russell, said that the election of 1936 gave President Roosevelt a “mandate” because the people were overwhelmingly in favor of his policies.

Unfortunately for President Roosevelt, however, 5 of the 9 justices believed he was expanding the power of the federal government too much and thus struck down many of his policies despite their being passed by Congress. As a result, President Roosevelt threatened to “pack the court” by adding six justices, stating that justices over 70 years old would benefit from the addition of younger justices to lessen their workload. The threat proved sufficient, as one of the justices, Owen Roberts, switched sides. Following “the switch in time that saved the nine,” as it is known, it was not necessary for President Roosevelt to follow through on his plan to pack the Court.

Vanderbilt Law School Professor and Constitutional Law expert, Dr. James Blumstein, who has argued before the Supreme Court three times, said that it was “transparent” that President Roosevelt simply wanted a majority on the Court, and was not concerned with the justices’ ages. Blumstein said that the current debate mirrors 1937, stating that the Democrats are wrong to argue that the circumstances now necessitate expanding the Court.

“Now is not different or special,” Blumstein said. “It’s part of constitutional tradition to try to get someone from your team by adding to the number of judges. It’s a corruption of the system.” He added that when John Adams lost to Thomas Jefferson, he tried to stack the District Courts, which led to the landmark Supreme Court case, Marbury v. Madison. Marbury established the principle that the Court has the authority to determine whether or not laws comply with the US Constitution.

Blumstein added that if Democrats were to in fact expand the Court when they are next in power, it would inspire Republicans to retaliate when given the chance, either by adding even more justices or overhauling the Supreme Court entirely.

“Marbury is often seen as expanding the scope of judicial power, but it can also be a loophole” Blumstein said. “Congress can also restrict the jurisdiction of the Supreme Court.”

Senator Bernie Sanders, D-Vt., diverged from the views of many of his fellow Democrats on precisely these grounds: “My worry is that the next time the Republicans are in power they will do the same thing.”

Ultimately, Blumstein said that this was an “easy” debate, stressing that expanding the Supreme Court will undermine its integrity and that it was “a bad idea in 1937 and a terrible idea in 2020.”

Russell echoed this sentiment, stating that Alexander Hamilton referred to the judicial branch as the “least dangerous” in the 78th Federalist Paper precisely because it is above the fray of partisan politics. Additionally, she said that states that elect their lower court judges are “a mess” and that judges consider the interests of campaign donors and political machines in their decisions.

Russell added, “Justices are human beings. They come to their office[s] everyday with their own set of problems and preconceived notions. But we do hold out the hope that they can be unbiased in their decision making.”

In the last several Supreme Court appointments, it has seemed that the two parties no longer believe in the ability of justices to separate their personal opinions from their interpretation of the Constitution, and consequently are hesitant to confirm a justice who doesn’t conform to their political beliefs. In 1993, Justice Ginsburg was confirmed in a 96-3 vote and, in 2005, Justice John Roberts was confirmed in 78–22 vote. By contrast, the last two appointments were hotly contested, with Justice Neil Gorsuch at 54–45 in 2017 and Justice Brett Kavanaugh at 50-48 in 2018.

“It’s naïve to think that the two newest members of the Supreme Court, who were nominated by Trump, wouldn’t in some way, even if just subconsciously, feel beholden to giving deference to his agenda,” Russell said.

Blumstein responded to this concern, stating that while confirmations have come at narrower margins in recent years, justices aren’t necessarily becoming more polarized. Both Justice Roberts and Ginsburg had clear political affiliations, and they were still confirmed to the court by a wide margin.

Democrats today and Republicans in 2016 have argued that the Supreme Court should reflect the will of the people, and thus if a vacancy appears in an election year, the President-Elect should choose the next justice. Russell said, however, that for the Supreme Court to fulfill its constitutional role, it shouldn’t be partisan, nor should it be beholden to the will of the people. She cited the historic case Brown v. The Board of Education that ruled segregation unconstitutional.

“Vast majorities of the American people thought that that decision was illegitimate, and it’s always pointed to as the example of when the Supreme Court had its finger on the pulse of American attitudes and did the exact opposite anyway,” Russell said. “They have the right to play that role in a checks and balances system.”

Blumstein said that it is unlikely that a 15-justice court will become a reality because it isn’t a long term solution to the hyper-partisanship seen today.

Russell urged Americans to put this issue to bed by calling for clear legislation.

“Americans need to use their voices to say this uncertainty is not something that serves our country well.”