What Trump’s COVID Scare Might Mean for the Election 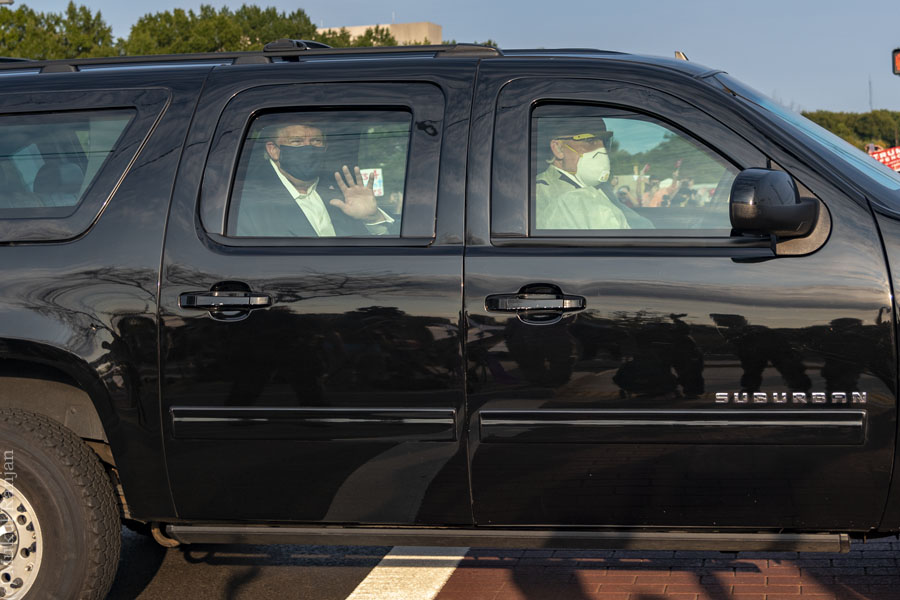 After months of downplaying the threats of the virus, the president himself has fallen ill with COVID-19. Early morning on Friday, October 2, President Trump announced that he and the first lady had tested positive for the virus and would be going into quarantine. Just hours later, he was taken to Walter Reed Medical Center as a precautionary measure. While his condition is still unclear to the public, the doctors treating him claimed that he was exhibiting some concerning symptoms such as having trouble breathing. Regardless, with a two week quarantine just one month before the election, there are sure to be massive repercussions for President Trump and his re-election chances.

First, the president’s sudden illness will likely have a massive impact on the schedule for the next two presidential debates. With the second debate scheduled for October 15, it is almost impossible for President Trump to be able to attend in person before his 14-day quarantine is over, especially if his condition deteriorates. The second debate could be postponed or even canceled if the Trump campaign does not feel the president is physically able to attend. Some media outlets have also presented the possibility that the second debate could be held remotely over Zoom, so that both candidates can attend without any risk of infection. In any case, the timing and format of the debate is likely to change drastically in the next coming days.

Furthermore, the outcome of the president’s bout with the coronavirus may change his rhetoric about the virus and the effect it will have on the American people. After months of downplaying the severity of the virus, the president’s messaging trivializing the effects of the virus may completely fall apart if his condition becomes more serious. It may even force Trump to adopt a different tone and approach to the virus, similar to how contracting the virus in April changed the way British Prime Minister Boris Johnson handled the public health crisis. While Johnson was initially opposed to implementing lockdown measures in Britain, contracting COVID-19 pushed him to take more extreme measures of containment, including a nearly two month lockdown. Alternatively, if President Trump ends up having a mild case of COVID-19, it may reinforce his denial of the severity of the virus and embolden his supporters’ confidence in his messaging. A similar scenario occurred earlier this year in Brazil when President Jair Bolsonaro contracted a mild case of coronavirus and used it to reinforce his narrative of the virus being nothing more than a flu.

Trump’s illness also presents a great opportunity for the Biden campaign to capitalize on his temporary absence. With Trump out of the picture for at least two weeks, the Biden campaign has a unique opportunity to dominate the news cycle in the crucial homestretch before the election. As of Friday, the Biden campaign has pulled all negative attack ads on President Trump out of respect for his condition. While this may seem like a poor strategy, especially considering how the Trump campaign has not pulled its attack ads on Biden, it actually signifies a wise shift in messaging from the Biden campaign. One of Biden’s campaign advisors claimed that the general strategy of the campaign has pivoted from exposing the President’s failures to rallying voters by making the case for how a Biden administration would bring about positive change. After breaking their fundraising record with over $365 million dollars raised in September, the Biden campaign has plenty of money to make their case throughout the month of October. As for the Trump campaign, the president’s quarantine presents a serious problem for their voter outreach in swing states. President Trump has largely benefitted in the past from his massive rallies, especially those held in battleground states like Florida. However, his campaign has been forced to postpone multiple large events due to him contracting the virus. One of these events included a rally in Florida, a key battleground state Trump needs to win, that was supposed to take place on the Friday he went into quarantine. If Trump is unable to visit the swing states in the month before the election, he will not only lose out on voter enthusiasm, but also give the Biden campaign an opportunity to step in and fill the void.

Finally, while not directly related to Trump’s illness, the spread of the virus among the GOP senators may undermine the President’s plan to put his nominee, Judge Amy Coney Barrett, on the Supreme Court. While Senate Republicans seemed to have more than enough votes to easily confirm Barrett a week ago, new positive coronavirus cases within the Senate originating from an event held at the Rose Garden may put this plan in jeopardy. So far, there are three Republican senators who have tested positive: Mike Lee of Utah, Thom Tillis of North Carolina, and Ron Johnson of Wisconsin. With Republican Senators Susan Collins of Maine and Lisa Murkowski of Alaska already claiming they will not confirm a justice before the election, the loss of these three senators to COVID-19 means Republicans do not have the votes needed to confirm Barrett. There’s also the possibility that more senators test positive in the coming days as many are now in quarantine after coming into contact with the infected attendees. As of right now, it is unclear whether the process to confirm Amy Coney Barrett will continue, but according to Senator Tom Cotton, R-Ark., there is a possibility that the hearing may be held remotely.

Ultimately, it’s too early to tell how big of an impact President Trump’s illness will have on the election. However, we can be certain that this presents an opportunity for a massive shift in the presidential race just a month before the election. If President Trump is forced to spend more time recovering in the hospital, it will be an even greater indictment of his failure to properly deal with the coronavirus pandemic. While Trump was discharged from Walter Reed Medical Center on Monday evening, there is still a lot of confusion over how far he really is in his recovery. With around five percent of voters still undecided, his condition is sure to play an important role in their minds as the election approaches.

Image Credit: “Rally for Trump outside Walter Reed” by Blink O’fanaye is licensed under CC BY-NC