Democrats, Mitt Romney’s “Integrity” Will Not Save You 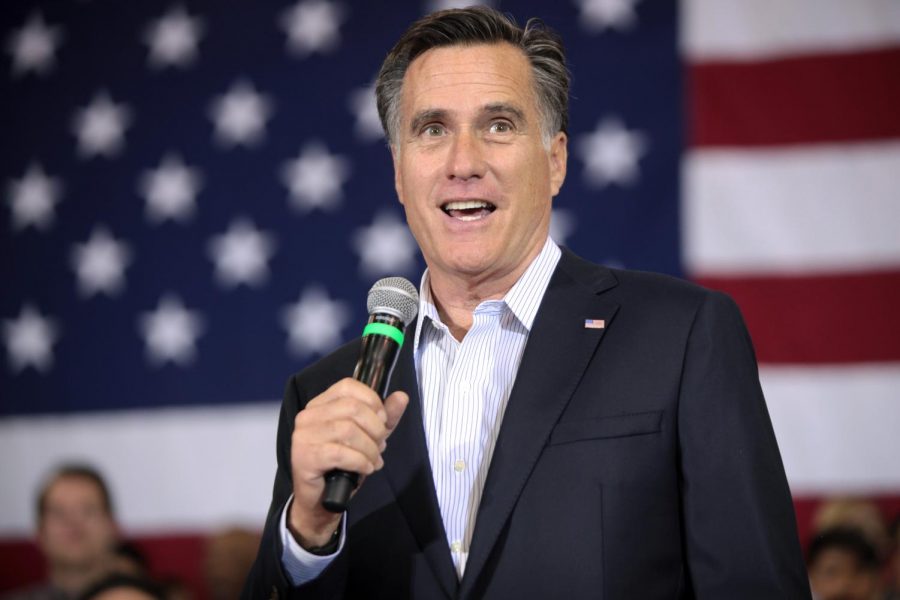 Utah Republican Senator Mitt Romney became a symbol of hope for Democrats when he was the only Republican who voted to remove President Trump during the 2019 impeachment proceedings. Many saw this move as a break from the partisanship plaguing both parties, and Democrats praised his “integrity” for being willing to take on President Trump.

But this wasn’t Romney’s first time challenging the president. At the beginning of 2019, he was praised for his Washington Post op-ed in which he wrote: “the president has not risen to the mantle of the office.”

As a result, many Democrats started to see Romney as an ally. South Bend mayor and former Democratic presidential candidate Pete Buttigeig defended Romney’s integrity against Trump’s criticism for his removal vote. Connecticut Democratic Senator Chris Murphy tweeted: “At a time when many wonder what honor is left in public life, there stands Mitt Romney.” Senators Kirsten Gillebrand and Elizabeth Warren, and many other prominent Democrats, also thanked Romney for his “courage.”

Romney was hailed as “exactly what the framers wanted in a senator” for his “willingness to depart from party lines,” by legal scholar Jonathan Turley.

Romney’s decision to break from the GOP on this issue was a stark contrast to his far-right presidential bid in 2012. When he first entered the race, he focused on rebuilding the middle class after the 2008 recession with conservative economic policies. However, as the race got tighter, Romney fell in line with his party on social issues as well, speaking firmly against a woman’s right to choose, LGBTQ+ marriage, and undocumented immigration.

However, after losing the election to former President Obama, Romney learned that pandering to the far-right was fruitless, especially because he did poorly among moderate voters.

Coming out of his defeat, Romney has transitioned to a more centrist identity, projecting an image of principles and integrity. The senator was seen marching at a Black Lives Matter rally this summer – out of character among Republican politicians.

These political moves have led to discussions about a role for Romney in a Democratic White House. He’s been imagined as Biden’s Commerce or Defense Secretary so as to represent “all Americans.”

But does Romney represent “all” Americans, or does he represent himself alone?

While Romney’s vote to remove Trump was lauded as courageous and politically dangerous, it played well: 50% of Americans were in favor and just 39% opposed. It’s hard to imagine that a politician as savvy and experienced as Romney didn’t consider the public response when making his decision.

And while his response would be that his “integrity” and “conscience” guided him, that argument has lost credibility as he’s made headlines again this year for his partisan decision to support Republican Majority Leader Mitch McConnell’s Supreme Court power grab in replacing Justice Ruth Bader Ginsburg’s vacant seat.

In 2016, McConnell pushed the idea that when a Supreme Court seat opens during a presidential election year, the winner of that election should fill the seat. He used this framework to block President Obama from appointing Merrick Garland to the Court. But now, in a blatantly hypocritical move, he is reversing his logic to appoint a conservative justice before the results of this year’s election are in.

Romney’s statement in favor of McConnell’s plan was illogical and a transparent cover for a partisan decision, as it stated that his judgement was based on precedent while precedent would see him following the framework laid that blocked Garland’s appointment in 2016. And Democrats, who needed only four Republicans to vote against their party, were shocked that a man with “integrity” would behave in such a hypocritical and hyper-partisan manner.

We shouldn’t be surprised by Romney’s behavior, though. He has shown time and time again that he is an opportunist. He joins the Left for Black Lives Matter but not for marriage equality or women’s rights. He votes to remove Trump for “high crimes” but still thinks he should be able to appoint a justice to the highest court in the land during an election. Romney’s dissonant positions do not spell principles, instead, they are the mark of a politician who plays the system well, and Democrats should stop expecting to find a savior in him.