The KKK is “Visiting” Biden Supporters in Tennessee 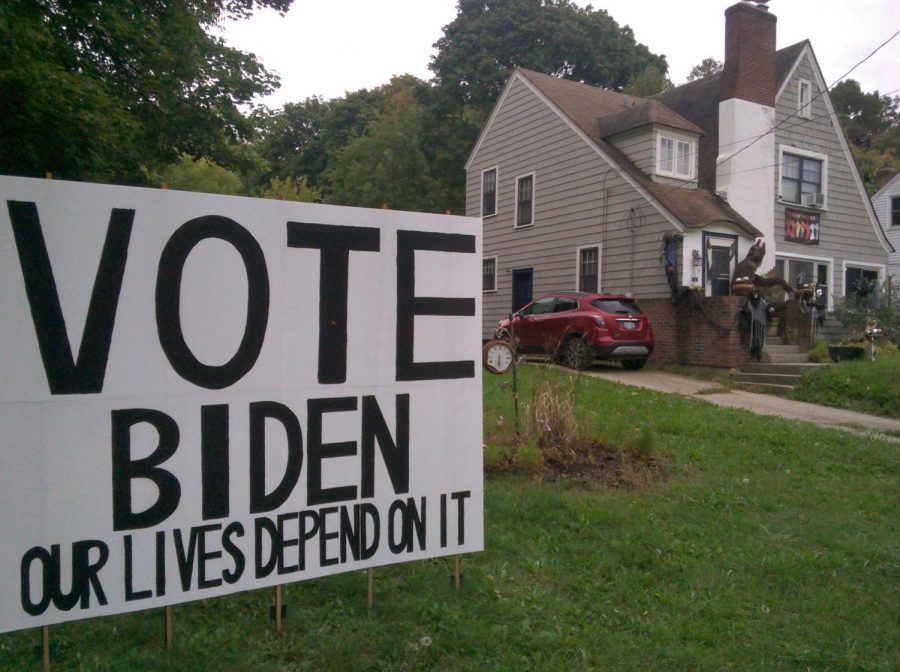 As Election Day rapidly approaches, supporters of both presidential candidates are doing their best to spread their side’s message. It is not uncommon for people to receive door-to-door canvassers during this time of year, but some Tennesseans are now reporting that members of the Ku Klux Klan (KKK or Klan) have come to their homes to intimidate them.

Last week, Shelbyville police were made aware that vandals had damaged several campaign signs across the city. In their statements, the police stated that supporters of both Donald Trump and Joe Biden reported that their signs had been damaged or stolen. The police’s claim seems to equate the situations of both sets of supporters, though it may be important to acknowledge that Trump won surrounding Bedford County, which is just an hour south of Nashville, by more than 50 points in 2016.

Some citizens also informed police about clusters of KKK business cards left on their lawns. In this case, only supporters of the Biden-Harris campaign were targeted. This is hardly a surprise as David Duke, a former grand wizard of the Klan, endorsed Trump’s campaign both in 2016 and in 2020.

One local resident, Breana Green, recounted how she found her neighbor’s yard vandalized. At first, she noticed that their Biden-Harris sign had tire tracks as if it had been run over. When she approached, she found a litter of small cards that said the KKK had paid the residents a “social visit” and that they could expect a “business call” in the near future.

Green, understandably, felt “scared” after the experience, specifically for “the folks in Shelbyville who are people of color.” Although the owners of the vandalized sign are white, this does not detract from the gravity of the situation. In the past, Duke told his followers that not supporting Trump is “treason to your heritage,” indicating that the Klan’s targets could include white voters as well. Furthermore, the Department of Homeland Security lists white supremacists as the country’s most serious domestic terror threat, affirming that groups like the KKK must be taken seriously.

While many in Shelbyville share Green’s concerns, Deputy Police Chief Brian Crews has a different assessment. He holds that the emergence of the KKK business cards does not constitute a clear pattern of intimidation because the perpetrators did not determine their targets based on race. He elaborates, “We believe that it’s targeting certain neighborhoods that would even be predominantly white. I think most people just view it as trash.”

The dismissive attitude of local law enforcement may be reason for concern. Although the victims were not targeted on the basis of their race, they were clearly chosen because of their political association. It is unclear why this is insufficient for the police to declare a pattern of intimidation. By their own admission, Shelbyville residents also found similar KKK materials in 2016 and reports have become more common since.

However, perhaps the most obvious indication of potential danger was the White Lives Matter rally held in Shelbyville in Oct. 2017. According to experts, this was the second largest white nationalist rally in a decade, behind only the Unite the Right rally in Charlottesville just a few months prior. Green is cognizant of this reality and on Oct. 17, she is hosting a “Y’all Means All” party on the Shelbyville City Square to help people of color in the city feel welcomed and respected.

At Vanderbilt, similar conversations are also underway, especially in communities of color. This week, the Bishop Joseph Johnson Black Cultural Center held the second of four community discussions led by their Racial and Social Justice Institute. The event was conducted in collaboration with The Equity Alliance, a Nashville-based nonprofit that works to increase civic engagement within the community, and it covered the issue of voter suppression against the black community. The panelists discussed issues like poll taxes and identification laws, explaining how voter suppression in America has evolved over time. They also spoke about how voters must persist through the closing of in-person voting locations and mail-in ballot dropboxes to ensure their voices are heard.

While it is extremely important to discuss strategies for managing structural voter suppression, 2020 voters should also be prepared for physical confrontations. Based on the reports from Shelbyville and President Trump’s repeated calls for poll watchers, voters – particularly Biden supporters who are people of color – may face physical intimidation or harassment during this election season. Though the Biden campaign will also dispatch poll watchers, experts are more wary of Trump’s campaign for several reasons. Historically, Republicans have been found guilty of intimidating minority voters under the guise of preventing fraud in 1982, 1986, 1990 and 2004. In addition, because of Trump’s reluctance to disavow extremist groups like the Proud Boys and his frequent calls to join his “army,” his supporters feel empowered to hassle non-Trump voters at the polls. For example, Trump supporters screamed at voters and harassed them with their vehicles in Fairfax County, Virginia last month.

By all accounts, the 2020 election is set to be historic. But, if these voter intimidation tactics are not properly mitigated, many may be dissuaded from participating entirely. Residents in Shelbyville, at least, will need to take extra care if they choose to engage with the political process this year.