The Tennessee House Race That May Be Too Close to Call 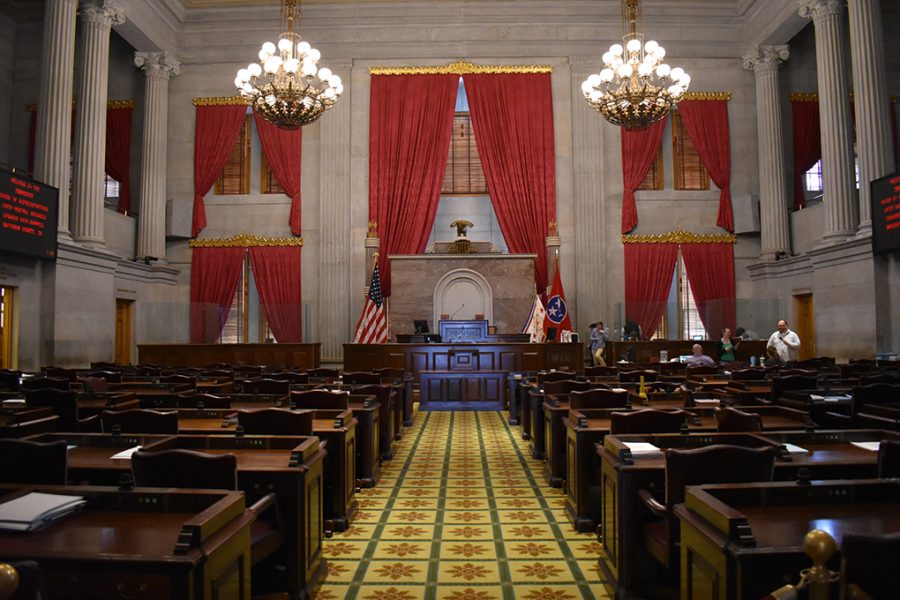 Tennessee’s State House District 49, located just outside of Nashville in the Smyrna area and surrounding suburbs, is one of the most crucial races in the upcoming 2020 elections. In a country ravaged by political division, this race between incumbent Republican State Representative Mike Sparks and Democrat Brandon Thomas represents a glimmer of hope for Democrats in ruby red Tennessee as well as an opportunity for Republicans to bolster their standing in the suburbs before 2020.

TN House District 49 itself differs from the state in that it has grown more competitive over the years. The district as a whole is 3% less white than the overall state and has a fast-growing Latino population in the La Vergne region. This could spell trouble for Republicans, who have long held this seat due to the lack of competitiveness on the local level for years.

While Representative Sparks was not available for comment, VPR got in touch with Democratic challenger Brandon Thomas to get his thoughts on the state of his race, why he is running, and how he plans to tackle the big issues if elected.

Brandon Thomas: Thank you for having me!

VPR: You previously ran for State House District 49 in 2016 and lost; why are you running again and what makes this time different from 2016?

BT:  I have decided to run again because I am a new father to my baby Ezra and I see the value of quality public education and healthcare for the future generation. This year, in particular, has also been a watershed moment in talks about the diversity of our country and has highlighted why we need more diverse voices. My opponent, Mike Sparks, does not know what it feels like to be a black man in America. I’ve lived through this experience firsthand; I have been pulled over for ‘looking suspicious’ as a black man. Unfortunately, I have seen that nothing has changed for the better in the State House in terms of quality education, quality healthcare, and racial justice.

VPR: How would you go about working in the conservative TN House to try and advocate for issues such as increased school funding? Would you support a bill that does boost teacher pay and quality of living for teachers in your district if it also supports an increase in money towards charter schools and other non-public education options?

BT: The state legislature is conservative, yet there can be significant progress on public education in two ways. If a few more Democrats are elected, the overruling of procedural rules on the Tennessee State House floor can be ceded; in addition, I have met with Republicans who want to expand public education and want greater investment in our public schools. We have to find common ground and get reasonable voices regardless of party to help and bolster our school system.

VPR: What type of feedback have you received from the personal meetings you have with constituents on the ground in HD49? Would you buck your party line if HD49 disagrees with the party vote?

BT: I have around 1500 grassroots donors with disclosable profiles and information, and I am currently meeting with different people in the district throughout the campaign through the Zoom platform. I am not afraid to put the interests of the people first; I don’t view myself as focusing towards the caucus but rather towards the interests of HD49.

VPR: How will you try to reach consensus on criminal justice reform and bail reform when there are many forces in the state legislature against you, including the protest felony bill? Do you believe there is a way to market these policies of justice towards more conservative voters and legislators?

BT: That’s a good question. One of the groups that gain the most from bail reform is working-class folks. If you are like many Tennesseeans outside of wealth, more likely to be sitting in court until your bail date. In Rutherford County, pretrial release programs are not a threat to society. We have too many people in the system as is during the pandemic, and working-class folk could potentially lose your home and your job; this hurts the economy and society as a whole. Bail reform is the first point of entry in criminal justice entry, if we can take financial incentive out of jailing people, we will be able to work in a bipartisan manner to protect constitutional rights and be less economically wasteful.

VPR: The Tennessee Democratic Party has undergone some structural changes and big losses in the past decade, in no small part due to the lasting effects of the Southern Strategy being on the decline. How do you think the Democratic Party could message within districts like yours?

BT: You have to show up. A part of the problem within the TNDP is that they are not there. There is not enough of an infrastructure in Smyrna and Lavergne, as most of the party structure is in Nashville. Folks continue to see the same Republicans that go to fish fry and alderman meetings, and it is as simple as showing up and stating what we believe in. In addition, I wouldn’t have been able to run 20 years in a fundamentally different Democratic Party; we are in a better time now with a more diverse view of voices. When we are talking to voters who have not been engaged, such as a large Latino population that has never been engaged, we can help bridge the divides, urban-rural and white-nonwhite.

VPR: Do you have any final thoughts for voters leading up to the election?

BT: I would like to emphasize how crucial this race can be on a broader level. Electing Democrats down the ballot in state legislatures is vitally important in getting equal representation. We live in a system where at the state level, and at the congressional level, there are politicians redrawing district maps for political gain. Places like Nashville might not have a Democratic representative due to gerrymandering. If we want to fight for equal representation and voices in government, people need to vote up and down the ballot and make a difference all around.