The Making of Jalen Kobayashi 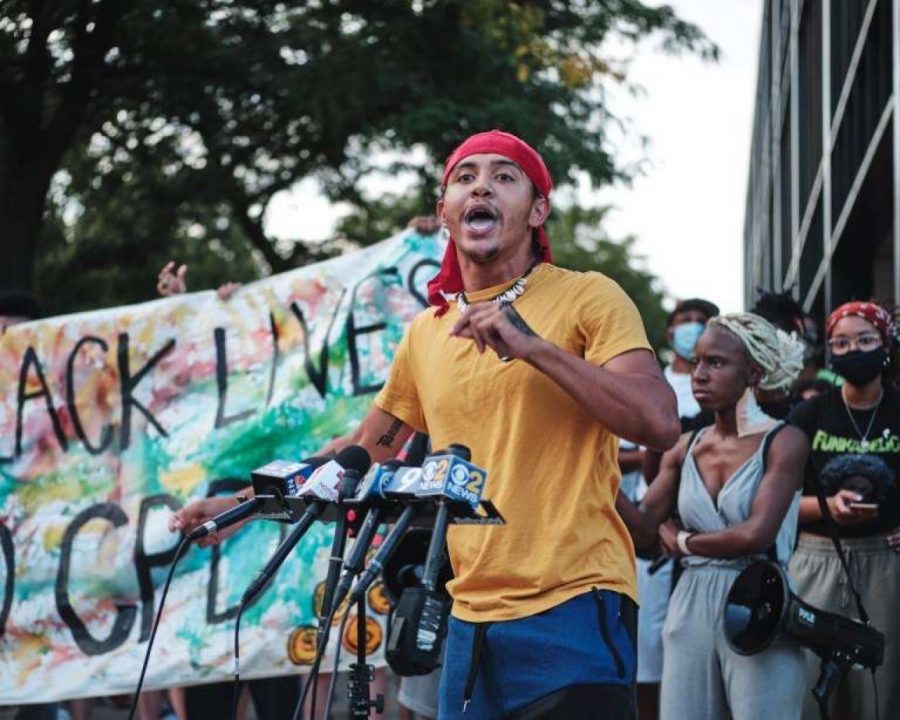 Vanderbilt sophomore Jalen Kobayashi made headlines this August when he was arrested by the Chicago Police Department (CPD) for disorderly conduct in the aftermath of a peaceful protest. Making waves in the Vanderbilt community for his activism, Kobayashi was profiled by the Vanderbilt Hustler earlier this month. He sat down with VPR to discuss his background and give his account of the eventful summer night that landed him in custody. How Kobayashi ended up at Vanderbilt in 2019, and in a Chicago jail this summer, is a fascinating journey that involves education, racism, and police misconduct.

Kobayashi is proud of where he comes from, fondly recalling large block parties and the sense of community that accompanied them. However, he is entirely unafraid to criticize his hometown, dubbing it “one of the most segregated cities.”

Kobayashi’s maternal grandfather was a gang leader, and his mother was a teenage college student at the time of his birth. Growing up with a massive chip on his shoulder, he always had the idea that he and his family had “a lot to prove.” Despite his disadvantaged upbringing, he nonetheless expresses his gratitude that he was able to go on vacations and play baseball throughout his childhood. That being said, the young activist does not mince words when discussing Chicago’s education system.

Kobayashi graduated from Whitney M. Young Magnet High School, where teachers consistently remarked on his exceptional abilities as a student. Although his school was named for a civil rights icon, he points to his experience as a reflection of unjust structures throughout the city. He counts among his blessings that he was able to “test out” of his neighborhood and attend Whitney Young but argues that underprivileged students should not be forced to score well on an entrance exam to attend a high school with computers, clean water, and a sufficient arts program. At this school, he faced yet another set of barriers, namely racism and classism. According to Kobayashi, he was treated worse than his white peers, but the issues did not end there. In what he views as a microcosm of the way “money talks” in Chicago politics, many black and Hispanic students exhibited classist attitudes and were not “in tune with the needs of the neighborhoods and communities we were from.”

His education, however, was not limited to the classroom. His path to becoming a leader of a movement was about as grassroots as it gets. Catalyzed by the police killings of Rekia Boyd and Laquan McDonald, Kobayashi’s activism began at age 14. For years, he has spoken at rallies, performed in various capacities, and organized for Black Lives Matter. Hence, he reflects, “I didn’t become who I am today in school. I became who I am today with community, with people in the streets.” He’s also done his share of reading outside of the classroom, as he lists Gwendolyn Brooks and James Baldwin among his chief influences.

Jalen Kobayashi’s skillset is not limited to speechwriting and baseball; he is also a renowned poet and rapper. He sees poetry as yet another instance of proving his ability to overcome adversity. Citing Thomas Jefferson’s idea that black people know “no poetry,” he points out that writing and performing constitutes a “revolutionary” act for someone from a group that has been called a “genesis of unknowing.”

While it may seem as though this Chicagoan is simply a jack-of-all-trades with a variety of interests, he believes that everything he does falls under one singular principle: love. Through his understanding of the fundamental attribution error (the tendency to underestimate the impact of one’s environment on their behavior), he warns against forcing one bad deed to become someone’s entire humanity. He works with gang members and incarcerated people who have undoubtedly caused harm, seeking to “transform” them by “radically loving” them. The end goal, in his eyes, is to convert the energy that caused anger and harm into something positive for the community.

Up until his junior year of high school, Kobayashi was unaware of Vanderbilt’s existence. When a mentor brought him to Nashville to visit, he immediately fell in love with the African American and Diaspora Studies (AADS) program, as well as Peabody College, in which he enrolled in 2019.

After beginning his freshman year on West End, he once again found himself in a difficult situation. “Coming from a place where I have so many people looking up to what I’m doing, like ‘Wow, you’re going to college, you’re going to Vanderbilt,’” he explains, “And then you get to Vanderbilt and people treat you like you’re stupid. People treat you like you don’t deserve to be there.”

The perceived discrimination at Vanderbilt faced by the young rapper takes various forms: fellow students not using their Commodore Cards to allow him to go to his floor on Commons because they are skeptical that he lives there, instructors ignoring his questions during office hours, and professors telling him they are “surprised” by how articulate he is. Kobayashi says he doesn’t want special treatment from anyone, including his fellow students, but rather wants them to understand who he is and try to relate to him.

In his current work with GoodKids MadCity, a gun violence prevention organization based in Chicago, Kobayashi views himself as the scribe of a revolution. Acknowledging his skills in communication, he nonetheless views listening and understanding others’ experiences as central to his job. At rallies, he takes responsibility for the protection of those who might be more vulnerable than he, such as black women or LGBT individuals.

This responsibility came into play on August 15, 2020. For the most part, the protest went the same way as the demonstrations in which Kobayashi had participated every day the entire summer. The protestors peacefully advocated abolishing ICE and defunding CPD, then tried to walk to a rendezvous spot from which they could order safe rides home. When they discovered a police blockade, which Kobayashi calls a “dirty trick,” some of the protesters tried to run through an alley and were quickly stopped. At this moment, the situation became a disaster. Kobayashi recalls, “We’re all trying to get home, thirsty, dehydrated, burning [from pepper spray], and now we’re separated.”

Although he heard reports that he had been “singled out” prior to the event by the Chicago Police Department and the Federal Bureau of Investigation (FBI), Kobayashi believed he was going to make it home unscathed when he and his girlfriend reached the front of the line. According to Kobayashi, a CPD officer sexually assaulted his girlfriend as she was being patted down. When she made a quick move to combat the officer’s assault, Kobayashi concluded that she could be accused of resisting arrest and decided to take action. He jumped behind her, “bear hugging” her, before the officers tackled both of them.

Kobayashi recalls an officer placing his knee on his head, picking it up, and knocking his head into the ground twice. The second time his head was bashed in, Kobayashi says that he experienced immense pain. The officer then stood up and asked Kobayashi, “Can you breathe? Are you good?” Before he had time to answer, the officer stepped on his face and walked away.

Eventually, CPD took Kobayashi to the police station, where he was booked for disorderly conduct. Despite requesting one, the Vanderbilt student says he was denied a phone call for eight hours. He believes his constitutional rights may have been violated, as he was promised a meeting with a lawyer, but the lawyer never showed up. Even after he was bailed out, the police took his fingerprints; Kobayashi points out that he should have been released immediately after being bailed out. The news of his arrest quickly spread throughout the Vanderbilt student body via social media.

Unsurprisingly, this incident has not deterred Kobayashi from continuing to advocate for what he believes in. He describes his political philosophy as “black liberation and indigenous sovereignty,” a large umbrella under which police defunding and the abolition of ICE fall. It also encompasses “redistributing land to Native American peoples.” His understanding of the world is grounded in history, as he points to slavery, the Dawes Act, and the Homestead Act as injustices that, from his vantage point, shape modern America.

When asked about his personal future, Kobayashi says his primary goal is to “be a human.” In terms of his career, he expresses an interest in herbalism and sustainable agriculture, but he says he’ll be unbothered financially as long as he makes ends meet. Regardless of what his career or future in activism looks like, it is safe to say that Jalen Kobayashi will stay true to his beliefs and stand up to any adversity that comes his way.