An Economy Held Hostage: Inside the Battle for Further Stimulus 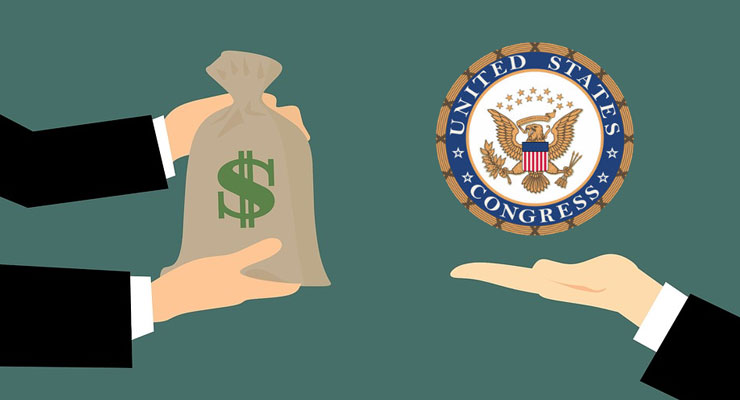 In the wake of the recession caused by COVID-19, Congress has been deliberating a second major round of stimulus legislation. Yet for months now, negotiations have been held up. A bill with any likelihood of passing all the way through is almost certain to come only after Election Day, all while coronavirus cases surge and many industries struggle to stay afloat. At the heart of this debate is partisan politics as usual.

The vision of an ideal stimulus package varies greatly between Republicans and Democrats. House Democrats initially presented a $3.5 trillion package in May to begin discussions, and it seemed that conservatives earlier in the year were willing to go as high as $2 trillion for a potential relief package, said Senator Kevin Cramer, R-ND.

Yet as it stands, House Speaker Nancy Pelosi’s latest proposal has amounted to $2.2 trillion, and the White House has counteroffered with a $1.8 trillion bill. Yet support for the White House offer seems insufficient among members of the Republican-controlled Senate, many of whom seem unwilling to exceed even a trillion dollars in spending. President Trump seems far more open to a larger package than Senate Republicans, possibly due to electoral concerns.

The parties differ on key spending issues including state and local funding (decried by Trump as “a bailout for poorly run blue states”), liability protection for businesses, school and childcare funding, and the exact figure for unemployment benefits.

Despite these differences, plenty of common ground exists between the positions of the two parties. Democrats and Republicans alike support a second round of stimulus checks up to $1,200. Funding for coronavirus testing, tracing, and treatment also no longer seems to be a contentious issue, as the White House has added these items to its own stimulus proposal. The American public stands firmly in favor of further relief legislation by an overwhelming margin.

President Trump, playing on this bipartisan consensus, offered to sign a standalone bill for individual stimulus checks. However, House Democrats seem unwilling to pass through individual components of a stimulus package before a final, comprehensive agreement is reached.

Currently Democrats seem to be hinging on a Biden victory and a potential majority in the Senate. With the House likely to remain under firm Democratic control, the possibility of a loaded stimulus package, bailouts and all, may lie within reach. Vanderbilt Professor of Economics Mattias Polborn sees essentially no hope of a successful stimulus bill before the election, although he is confident that congressional leadership will arrive at some form of agreement.

If Democrats do take the White House this November, Dr. Polborn notes that congressional Republicans are likely to be far more in favor of fiscal responsibility, as is usual under a Democratic president.

A Republican-controlled Senate, even with a Biden presidency, would make an extensive stimulus package a lofty goal. Chances that Senate Republicans, far more austere on spending than Trump himself, would grant a newly inaugurated Democratic president $2 trillion are extremely slim. Though some form of relief legislation is nearly inevitable, its provisions and the length to which it will go seems to rest entirely on election outcomes in the Senate.