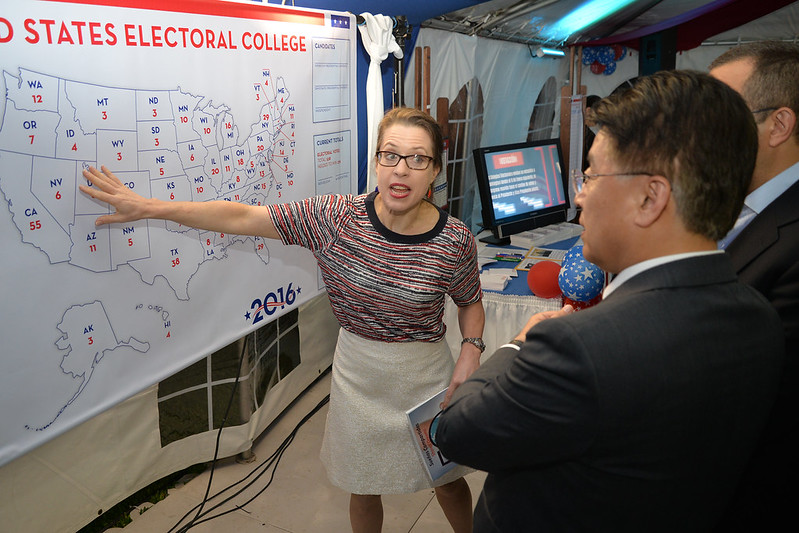 The shock result of the 2016 presidential election has understandably led to heavy skepticism over polling and its legitimacy in a country like the U.S., which is not a direct but a representative democracy. Although the polls incorrectly predicted the winner of the 2016 election, they were very close on predicting the split of the popular vote, with Clinton’s well within the 2-3 percentage point margin of error that polls usually have.

To help assuage the lack of transparency over polling, this article aims to gather key questions that many might be having and answer them.

How does presidential polling work?

On the face of it, polling does sound as simple as you might expect, with it being done on a small sample size representative of the general population of a specific area. Some pollsters like CNN and Fox News tend to conduct their polling through live interviews via telephone, while others such as CBS News, Politico and The Associated Press conduct their polls online by either using an opt-in panel or by recruiting volunteers offline.

What factors are controlled for while polling?

Pollsters usually look to control for age, race, gender, religion and party preference, weighting these characteristics to fit into the demographic profile of the whole country or a specific state. However, survey researchers have found that these factors might not be enough to showcase an accurate poll, as college educated or older people are more likely to respond to polls, which can lead to a lot of errors. Additionally, although it may seem like a large sample size indicates accuracy for a poll, the reality of modern polling is quite different. Considering more opinions from a biased source doesn’t always improve estimates, and in some cases, it could overrepresent a specific demographic with the poll losing its random aspect.

To see what a poll looks like, check out this New York Times/Siena College poll done on the presidential race in Michigan between October 23-26 2020. The methodology can be found here.

As mentioned before, the polls were not that far off the actual result of the election. There is, however, one common explanation for why the polls – particularly state polls – got it wrong in three key battleground states – Wisconsin, Michigan and Pennsylvania. The key factor was education, as polls in these states did not fully consider the educational attainment of its participants. As it turned out, people who are college-educated were more likely to answer polls as well as vote for Clinton. There has also been a narrative going around that there was and still is a “silent majority” of Trump voters who didn’t reveal their true political leanings in 2016 and will likely do the same in 2020. However, a study by the Pew Research Center found that it is unlikely to see voters hesitate to reveal their support for Trump, with the study comparing how voters would respond online instead of a live telephone interview.

During this election, pollsters have started to consider education as one of the factors, and in general, there has been an increase in the number of high quality polls, especially in battleground states. However, there are concerns about the polling industry as it still seems to rely on telephone interviews as a key way to gauge answers. Additionally, the difficulties associated with voting during a pandemic poses an exogenous challenge to the polling industry, as voters in certain areas may be unlikely to go out and vote in-person or have their absentee ballots rejected or not counted by the deadline.

Why are polls important?

People should not look at the polls and decide how or if they are going to vote, regardless of where they are from, especially because some evidence suggests that favorable polling towards a single candidate could negatively affect voter turnout.

It might seem to some that there is a fundamental flaw with how presidential polling works in the United States, with the Electoral College seemingly undermining the legitimacy of national polls. However, the purpose of national polling is not always to predict the winner of the election, but to show how the country is thinking. Issue based polling is also useful in terms of understanding popular opinions, but polling on candidates gives a good aggregation of all the issues and can show how the country, on average, leans politically. If polling was done only based on the electoral college, it would underestimate the views of some people living in very Democratic or Republican states.

Quality polling is an essential tool of a democratic nation, and if our nation is being let down by the structures of voting, it could reveal how people are truly thinking.