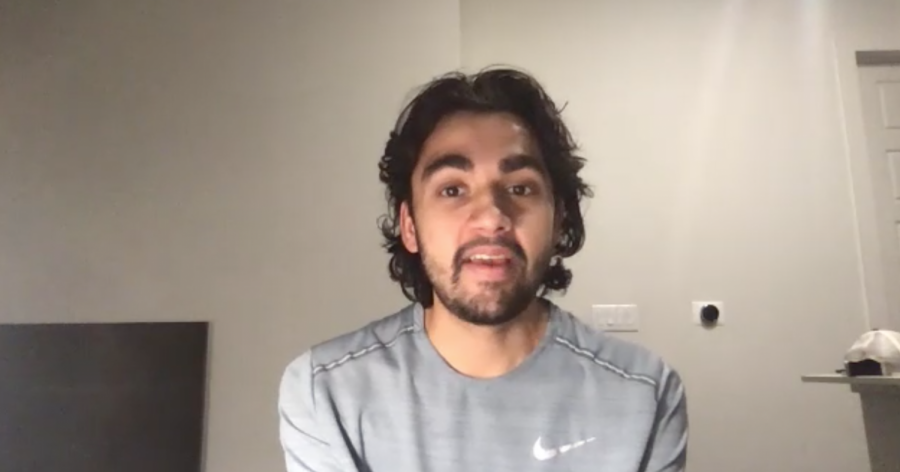 Senior Editor Jacob Hale asked the Vanderbilt College Republicans and Vanderbilt College Democrats to make a closing case for their party’s respective presidential candidate just days before the election. While the College Republicans declined to make a statement in support of Donald Trump, Devon Shewell represented the College Democrats in a closing argument for Joe Biden. The transcript of the video interview can be found below.

Vanderbilt Political Review: Welcome, everyone! Here we have Devon Shewell, the president of Vanderbilt College Democrats, to give us his case for Joe Biden as Election Day approaches. Thank you, Devon, for joining us and if you’d like to give us a brief introduction and why you think Joe Biden is the right man to be President of the United States.

Devon Shewell: Yeah, thank you so much for having me, Jacob. We’re in a really crucial time in the history of our country, and of course we’re at a crucial time when it comes down to this election in Tennessee early voting comes to a close today when we’re filming this, and Election Day is just around the corner, so there’s a lot to be done still. The case for Joe Biden is as strong as it’s ever been. We can see what’s going on around this country, whether it be the current president’s failures to handle the coronavirus, a total ineptitude in dealing with issues of racial violence and systemic racism in this country, specifically police violence, that we’re seeing at every level. We have policy failures that have been lasting for the last four years, whether it be on climate, immigration tax reform, you know. At every single level, the President has failed everyday Americans and has continued to make it easier for the rich and powerful to continue to be rich and powerful while people struggle. And a Biden presidency will change that course and really reclaim the soul of the country, as Vice President Biden likes to put it. At the end of the day, it’s a really clear choice. You know the choice that valuing, what America or the better part of America stands for in diversity, in acceptance, and in really building up a coalition that can make the future of America better for everyone. And then there’s a vision of America that the current president has. It’s taking us down a disastrous path. So I think the choice is really clear and I’m more than happy to talk a little bit more about that and answer any questions you might have.

VPR: Thank you for sharing that, Devon, and my first question for you is about the number one issue in this campaign, which is the federal government’s response to the coronavirus. Why do you think a Biden administration would handle the coronavirus better than a second term of the Trump administration?

DS: Yeah, that’s a great question, Jacob. Thanks. I think there’s a couple of important elements to that answer. First, the Biden administration is prepared to handle a pandemic, and they built off of the Obama administration’s, the Bush administration’s pandemic response plan. That plan got thrown out of the window when it came down to President Trump’s administration. Second, and probably most importantly, President Biden, would respect the basic level of science that’s going into stopping this pandemic. We’ve seen exactly what happens when President Trump is given authority and power in these situations and it’s an utter disregard for public health, whether it be flaunting around without a mask, fighting against mass mandates and the general advice of public health officials. We’ve even seen that within his administration, and then within Vice President Pence’s little close circle. The reason that coronavirus is spreading like wildfire in those circles is because they just don’t care. A Biden administration will take coronavirus seriously. It will take coronavirus at every single level seriously, so not just at the virus level, but also at the repercussions and the impact of that virus, and it will listen to science. It’s really clear that, to me at least, that the Trump administration has, and Republican administrations at the state level have, failed colossally at fighting coronavirus, and I really truly believe that the Biden administration and Democratic administration would do much better.

VPR: Thank you for that, and just sort of as a follow up question, there has been a lot of economic devastation as a result of the coronavirus pandemic. A lot of small businesses, especially, are struggling. Why do you think that Biden is the right man to address these economic woes?

DS: Yeah, I think that the economic challenges that have resulted from the coronavirus are quite devastating. I think we need to come in with an approach that looks at the economy of the big picture of people first level. Vice President Biden’s work with the 2008 recession really qualifies him to be able to help us build back, or as Vice President Biden says, build back better. We can look at every single level, and I think that the first thing that we need to do when it comes to kick starting and revamping economic development is get a hold of the actual coronavirus situation. That’s a prerequisite and I think that President Biden would be able to handle that far better than the current president has done, and that sets us up to be able to help small businesses get back on their feet and restart the economy and restart an economy that works better for everyone, not just for large businesses.

VPR: I just want to shift gears for a moment to talk about the other national crisis that we’ve experienced this year, which is the national reckoning on racism and racial injustice. Why do you think that Joe Biden is better for addressing racial injustice than President Trump?

DS: I think a Biden administration and Democratic policies, although certainly not perfect when it comes to addressing issues of systemic racism, will actually address issues of systemic racism. We can look back to the vice presidential debate between Senator Harris and Vice President Pence, where Vice President Pence denied the existence, essentially, of systemic racism. If that’s the level that we’re dealing with, there’s obviously not going to be any response. There’s clear and obvious race baiting by the President and his administration and his team. Trying to stoke fear. And that’s just not going to help the country right now. There’s a divisiveness on race, but it’s so much deeper than that. We need to have this reckoning. And I think that, under a Biden administration, we can start that and that is certainly not going to be silenced or thrown under the rug.

VPR: Okay, thank you. I do just have to ask one question about the Republican concerns that Biden is more of just a mask for the far left and that his policies once in office will be more extreme than his campaign is letting on. Why are you assured that Biden’s campaign is more accurate than these fears would indicate?

DS: I wasn’t a Biden supporter in the primary and was further to the left, and I think that Biden’s plans are Biden’s plans, right. People in Congress have [a] say, and we build off of plans that are good, right. We can adopt plans that work for everyone, but the Biden plan is the Biden plan, and I think it’s pretty far-fetched to say, otherwise. Like we could say that Lindsey Graham’s plans are President Trump’s plans, right, but we’ve all seen that President Trump just does whatever the heck he wants to. And I think that, although Vice President Biden certainly wouldn’t be acting with such recklessness, his plans are his plans and the vision for the country would follow. And Congress can do what Congress wants to and should do. But, the Vice President’s plans are his plans, and I don’t see any real reason to expect otherwise. The Vice President has a strong history of advocating for what he has written down in policy. And I think that’s going to continue.

VPR: Perfect, thank you. And just one last answer that I want you to give me. What’s your closing statement to Vanderbilt students on why, on Election Day, why they should vote for Joe Biden and not Donald Trump?

DS: Vanderbilt students, we have an exceptional amount of privilege to be here. And of course, my first message is, you know, regardless of any partisanship, regardless of who you might want to vote for, please, if you’re eligible and able to get out and vote. There’s an intrinsic good in some level of civic responsibility, in my eyes, and civic engagement. So, first off, I would love it if you were able to make your voice heard. But beyond that, you know, we’ve seen the failures of the past four years. We’ve seen how hatred has manifested itself. We’ve seen how a failure to listen to advisors, to science, to the issues that are so near and dear to the American people, have affected us. A Biden administration will build that back, you know. We’ll be able to have these conversations, start listening to the scientists, to the experts in these fields and really start to make progress. And I know that, you know, there’s so much more than that can be done on all of these issues, and a Biden presidency in this election cycle is the way to get to that point. I obviously acknowledge that it’s not going to be perfect, but we can’t let perfection get in the way of good this election cycle. President Trump is sending us down an extraordinarily dangerous path that we have the opportunity to stop through our electoral means, and that means we have to get out and vote. So if you haven’t yet done it, please do. And beyond just the presidency, you know you have your state [and] local races, your congressional races, depending on where you are, Senate races that can really be impacted by your vote, so I encourage you to vote all the way down the ballot and make a difference.

VPR: Thank you so much, Devon and to Vanderbilt College Democrats for being available to speak with us. Have a great weekend.

DS: Thank you so much, Jacob.