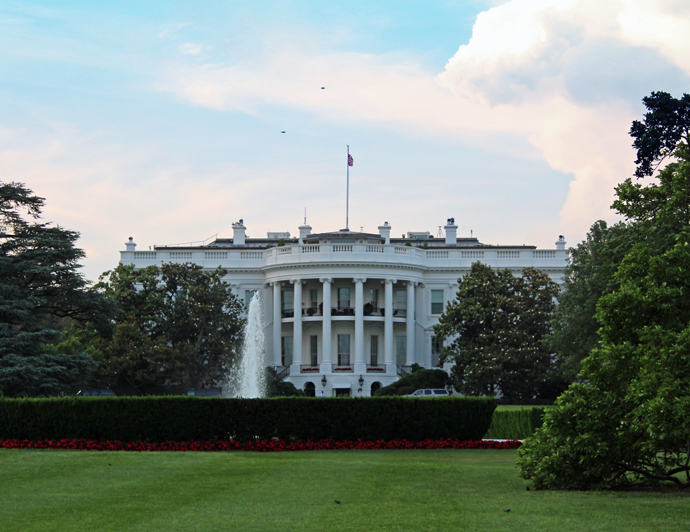 This election day, Twitter and Facebook will be inundated with news about record turnout, posts from celebrities about exercising one’s vote, and media outlets featuring wall-to-wall punditry for 24 hours.

In an effort to condense election news and coverage from numerous outlets into an easy-to-read guide of what to follow on Election Night, VPR assembled a list of key counties and regions to keep an eye on.

The presidential race between Vice President Joe Biden (D) and incumbent president Donald Trump (R) has stabilized into a solid, high-single digits lead for Biden nationally. However, Democrats have grown increasingly anxious, given Hillary Clinton’s lead in the popular vote in pre-election polling in 2016.

This election figures to be different from 2016, however. Major prognosticators have noticed the smaller percentage of undecided voters and Biden’s consistent leads in key swing states, where his averages come close to 50%. The following key swing states are important in understanding the general election, and key regions within these states can help explain underlying patterns throughout the night.

Wisconsin, a state won by President Trump by less than 1 percentage point in 2016, is characterized by a high amount of white voters without a college degree, as well as older voters. It is traditionally a state that leans towards the Democrats, yet the Badger State has recently voted for Republicans such as Scott Walker in 2010 and 2014 and has a Republican state legislature and Supreme Court.

In Wisconsin, it is important to watch the Driftless Area, a traditionally Democratic region near the cities of Eau Claire and La Crosse that has a disproportionately high amount of non-college educated whites. This was a demographic that voted for President Trump by 28 points in 2016. However, Joe Biden has been cutting margins with such voters; if this area reverts back to its traditional Democratic margins, President Trump will have a hard time excavating new votes from deeply Republican or Democratic places.

Pennsylvania is another state that was a part of the “Blue Wall” (states won by Democrats since 1988 in the Upper Midwest) and broke for Trump in 2016. However, Democrats performed relatively well down the ballot here in 2018, re-electing a Democratic Senator and Governor by wide margins.

Pennsylvania is marked by many different political regions, yet the most important in understanding the margins from this election could arguably be the suburbs of Philadelphia.

This region, marked by Montgomery, Delaware, and Bucks County, has traditionally been a swing area for candidates but have elected Democrats at wider margins as a result of Democratic strength amongst suburban voters nationwide. On Election Night, if exit polls in Pennsylvania show exorbitant strength amongst white college-educated suburban voters for Vice President Biden, higher margins could help lead to a Democratic victory in Pennsylvania.

It is important to note that both Pennsylvania and Wisconsin could be delayed in reporting votes on Election Night due to less familiarity with the vote-by-mail system; while the Rust Belt has garnered the most attention in this election, a few Sun Belt states could report votes quicker and may shock the nation.

Georgia has not voted for a Democrat since 1992. It could be called an unlikely swing state, one that Democrats have not seriously contested since 1996. Yet, the Atlanta metropolitan area is growing fast, and Democrats have been able to cut into margins over time, even as national trends pointed away from them. For example, 2014 Senate candidate Jason Carter actually overperformed Obama in 2012 in Georgia, even as 2014 became a red wave year that handed the GOP a solid majority in the Senate.

The area to watch here will be the margins in Gwinnett and Cobb County. These regions swung hard towards Secretary Clinton in 2016 and Stacey Abrams in 2018, and Trump’s unpopularity among suburban voters could help carry Democrats over the top. With a 56% chance to win for Vice President Biden in Georgia, Democrats have to make sure that Gwinnett and Cobb County suburban voters turn out in droves for Biden and that Atlanta support in Fulton County can improve enough to get Democrats over the edge.

The state of North Carolina, similarly to Georgia, has traditionally gone Republican since the 1970s due to a former dominance of evangelicals, white suburban GOP voters, and underperformance amongst Democrats with nonwhite voters. However, in 2008, Democratic nominee and future President Barack Obama shocked political pundits by winning the state with a 0.32% margin. Democrats have always been strong in state level government but face three high-profile races, with tight elections in the presidential, senatorial, and gubernatorial contests this year.

The margins in traditional Democratic strongholds such as Charlotte and Raleigh do matter, but one underrated aspect of the state that could be crucial in such a close margin is New Hanover County. Home to the city of Wilmington, this county has become more Democratic-leaning in recent years, supporting Democrat Roy Cooper for governor in 2016 and electing Democratic state senator Harper Peterson in 2018. While Trump won this county in 2016, if Democrats are able to flip it and run up the margins around the college town of Wilmington and its growing suburbs, it could provide a cushion for Democrats later on in the night as Republican-leaning areas start pouring in.