OP-ED: Why Big Tech’s Monopoly on Information Should Scare You 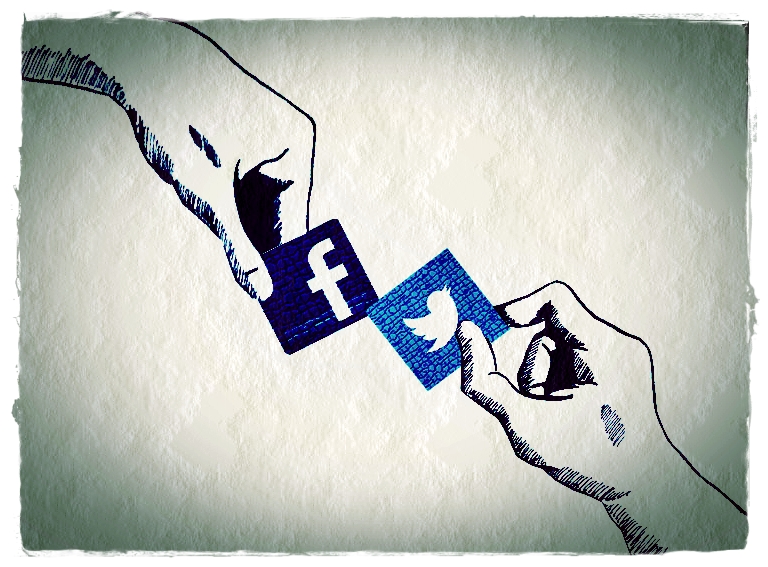 On Oct. 14, the New York Post published an exclusive report that brought new information to light concerning the allegations of corruption and nepotism against Hunter Biden while he was a board member of the Ukrainian energy company Burisma. The article was focused on information obtained from a laptop possibly belonging to Hunter Biden that had been dropped off at a repair shop in Delaware in April 2019. The information on the laptop included a series of emails that unveiled a meeting between then-Vice President Joe Biden and Vadym Pozharskyi, an adviser to the board of Burisma, that Hunter Biden allegedly helped organize. This 2015 meeting happened about a year before the former vice president allegedly used his influence to persuade the Ukrainian government to fire its top prosecutor, Viktor Shokin, who was investigating Burisma. The article has since come under criticism from those who doubt its credibility, including some reporters at the New York Post itself.

The main concern with the article’s credibility comes from the untrustworthiness of the New York Post’s sources. The article names two: Steve Bannon, a former advisor to President Donald Trump, and Rudy Giuliani, Trump’s personal lawyer. According to the article, Mr. Giuliani provided a copy of the hard drive containing the emails. Given how the Trump campaign has repeatedly attacked Biden on the allegations of corruption in Ukraine, there is reason to be skeptical of two sources close to the president mysteriously coming into possession of this incriminating laptop and dumping it off to the media. Furthermore, the article also claims Steve Bannon informed them of the existence of the hard drive in September, yet Giuliani waited until the weeks right before Election Day to share it with the Post.

Some are worried the emails are doctored or even completely fabricated. Citing these concerns, social media giants Twitter and Facebook stepped in shortly after the article was published to limit its visibility on their platforms. Twitter completely blocked users from posting the link to the article, claiming that it violated the company’s policy on hacked materials, while a Facebook spokesman wrote on Twitter that Facebook was limiting the article’s distribution on the platform as it was eligible for “third-party fact-checking”.

Although some praised Twitter and Facebook for fighting the “war against disinformation,” these attempts by social media giants to regulate public discourse should strike fear into our hearts. This is not about protecting the people, it’s a blatant attempt by massive tech companies to use their monopoly on the spread of information to censor evidence of possible government corruption to keep it away from the eyes of the American public.

While concerns about the credibility of the New York Post are valid, the claims made within the article aren’t so far-fetched. We know for a fact that the former vice president did in fact negotiate the removal of Ukrainian prosecutor in 2016 by withholding $1 billion in loan guarantees. Biden admitted it himself at an event at the Council on Foreign Relations two years later, where he claimed he told Ukrainian officials, “If the prosecutor is not fired you’re not getting the money.” Allegedly, the reason for wanting him fired was actually due to concerns that the prosecutor himself was engaging in corruption.

However, it’s easy to see how the information published by the New York Post could paint a completely different picture. The article presents a feasible narrative: Burisma hired Hunter Biden, who had no prior experience in the energy sector, on a salary of $50,000 per month purely to use his connections to further their own interests. This is evident based on an email from 2014 in which Vadym Pozharskyi explicitly asked Hunter Biden for “advice on how you could use your inﬂuence to convey a message/signal, etc. to stop what we consider to be politically motivated actions.” Of course, this narrative rests on the assumption that these emails are credible and not doctored. Even if they were somehow faked, however, it still isn’t the responsibility of any social media platform to take matters into their own hands and censor the article. After all, there are legal routes through which the vice president and his son can seek justice if the contents of the article are indeed false, such as suing for libel. Obviously, this scenario is unique due to its proximity to Election Day, but if anything, Twitter and Facebook have only legitimized the allegations by taking such strong measures to bury them.

Legally speaking, nothing Twitter or Facebook has done relating to the censorship of the New York Post article is illegal. In fact, Section 230 of the Communications Decency Act essentially allows companies to regulate speech on their platforms and protects them from liability from user-posted content, though there is a very real possibility that could change in the near future. While the Supreme Court has generally interpreted the First Amendment in ways that give corporations leeway to regulate speech, that may change as social media becomes the dominant form of democratic deliberation. Generally, the Supreme Court reviews the constitutionality of restricting speech in certain areas through the public forum doctrine, where the court evaluates whether the area in which speech is being restricted qualifies as a “traditional, or quintessential, public forum.” To this point, this doctrine currently has only been applied to cases in which speech is being restricted on government property, such as a street or sidewalk.

However, the Supreme Court has established a precedent that could lead to the constitutional right of freedom of speech outweighing Twitter and Facebook’s rights to regulate their platforms. In the 1946 Supreme Court case Marsh v. Alabama, the court ruled that speech could not be restricted on the sidewalk of a company town despite the fact that the town was privately owned because ownership “does not always mean absolute dominion.” They explained that while the town was privately owned, it was open to the public, and their rights as property owners do not outweigh the constitutional right to freedom of speech of the public. It’s easy to see how Twitter, Facebook, and other social media platforms can be thought of in the same way. While they are privately owned, there is a vested interest in making sure citizens are allowed to freely express their opinions on the platform, barring extreme cases such as threatening language. After all, social media is rapidly becoming one of the most common ways individuals in our society discuss politics and other matters, especially among the younger generations.

The allegations against Hunter Biden will certainly be a partisan issue due to how tense and polarized this election cycle is. However, we cannot fall into the trap of either sensationalizing or dismissing these claims based on politics as we have done with many credible rape accusations in the past. The allegations that the New York Post article brings against Joe Biden and his son are extremely serious and should be treated as such by individuals on both sides of the political spectrum.

Corruption is bigger than any one election, candidate, or party. It is a systematic failure of our government that completely disregards the social contract on which modern democracies were built. Ultimately, we may never know whether these claims are true, but we, as individuals, must do our part in reviewing the facts and coming to an informed conclusion. We cannot and should not trust private corporations to make those decisions for us. We must remember that the billionaire executives of these tech companies only have one thing in mind: their bottom line. Any decision they make is solely in their best interest and that of their shareholders. We shouldn’t allow Big Tech to have unlimited control over the spread of information because they will abuse it for their own gain.

The implications of a world where a select few control the discourse on most of the internet is pretty frightening, and yet it seems we are already far along the path to such a scenario. Overall, people are often only concerned about Big Tech’s censorship when it directly affects them, and it’s hard to blame them. While the information age has brought us the gift of having an unlimited amount of information at our fingertips, it’s also brought about a strange “post-truth” era, where there are so many competing truths that no one really knows what to believe. In fact, it’s part of the reason we’re so polarized as a society. To some degree, we’ve all retreated into our little corners of the internet where we cherry-pick anything we can find to convince ourselves that we know the absolute truth. With the emergence of Trumpism, the problem has only worsened as the President, the media, and politicians have warped the definition of truth to spread whatever half-truths and falsehoods fit the agenda of their corporate donors. We must remember that these “third-party fact-checkers” are just individuals like us who don’t know any more about the “absolute truth” than we do. In fact, they may intentionally mislead or lie to us to suit the agenda of whoever funds them.

While the internet has certainly created an uncomfortable atmosphere of uncertainty, especially when it comes to politics, it’s also the greatest tool we, the people, have to hold our government accountable when it tries to overstep its bounds. If we allow it to be censored, we bring ourselves right back to square one, where mainstream media once again controls the spectrum of opinions the public is allowed to have, filtered through the lens of the billionaires who own it.