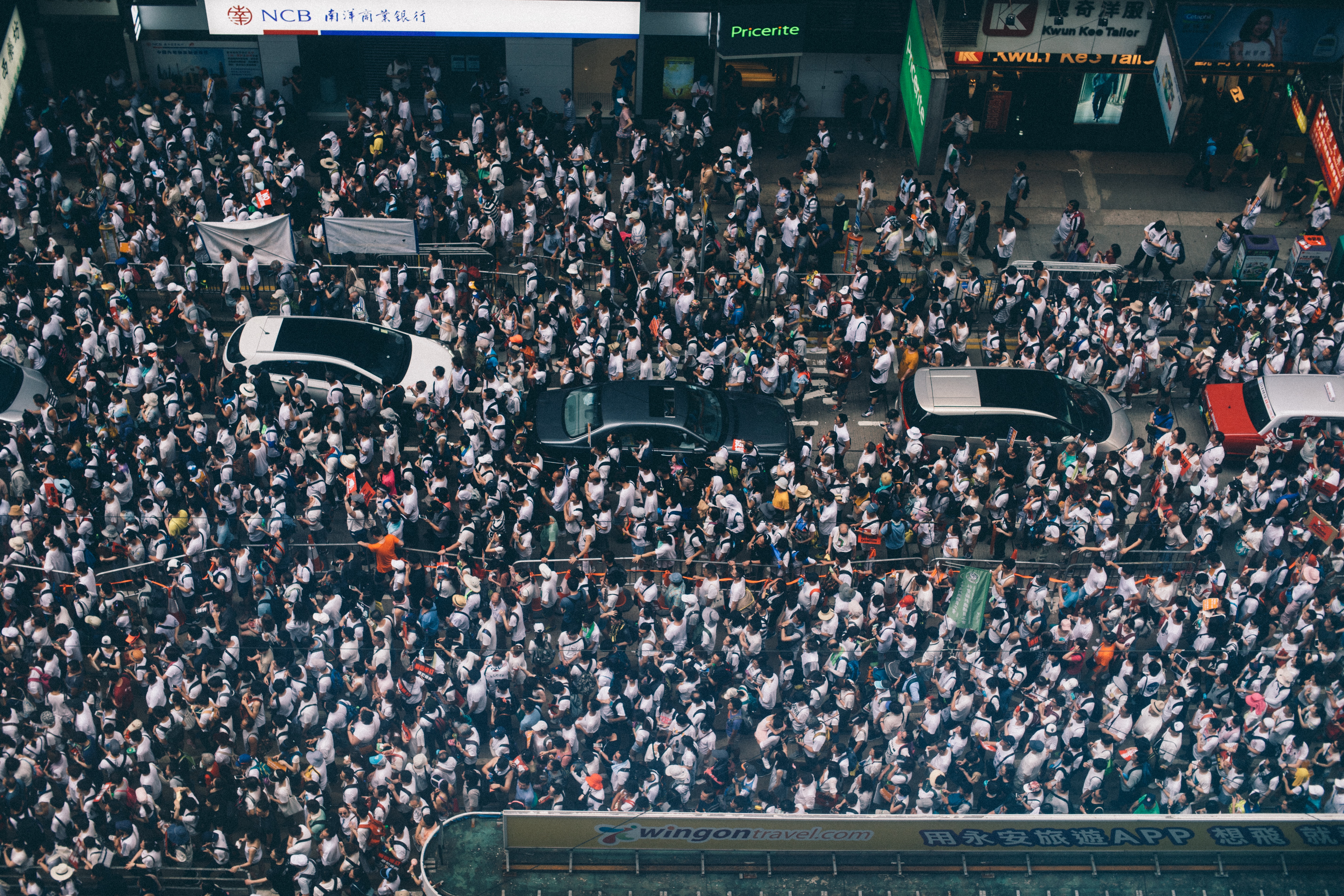 During Continued Protests, Hong Kong and Taiwan Band Together in Opposition to Beijing

As mass protests continue in Hong Kong, relations between Hong Kong and Taiwan have strengthened from their shared opposition to Beijing. Hong Kongers now support Taiwanese independence more than ever before, and those in Taiwan continue to voice their strong support for Hong Kong’s resistance to an encroaching Beijing.

The protests in Hong Kong first erupted this summer in response to a controversial bill that would allow people in Hong Kong to be extradited to mainland China for criminal prosecution. Many in Hong Kong fear that the bill would give Beijing the power to prosecute people for any reason, such being critical of the Chinese government. As the unrest culminated, an estimated 2 million people– about 27% of Hong Kong’s population– took to the streets to protest the bill. Hong Kong’s leader, Carrie Lam, had for months declared the bill “dead” until finally withdrawing the bill.

People in Taiwan have similarly expressed their strong backing for Hong Kong’s massive resistance to Beijing. In June, an anti-extradition rally in Taipei drew an estimated 10,000 people marching in favor of the Hong Kong protests. This month, another rally in Taipei witnessed around 100,000 demonstrators. Taiwanese people also took to social media to emphasize their approval– some posted photos of blackened Hong Kong flags, while others used Facebook to organize events to raise awareness of the protests. Overall, 71% of Taiwanese people support the Hong Kong protests, and a record high 50% now favor Taiwanese independence as well.

Taiwanese President Tsai Ing-wen also voiced her support for the protestors on multiple social media outlets. In one of her tweets, she applauded the “freedom-loving” protestors and expressed her fierce opposition to the “one country, two systems” model. Originally proposed by mainland China in the 1980s, this framework seeks to reintegrate former Chinese territories, such as Taiwan and Hong Kong, by giving them some autonomy in return for their acceptance of “One China,” or ultimate territorial ownership by the mainland.

Taiwan has long rejected this policy, and since the introduction of the extradition bill, Hong Kongers overwhelmingly side with Taiwan on this issue. People in Hong Kong who believe that “one country, two systems” does not apply to Taiwan jumped to 63%, and more Hong Kongers now want Taiwan to rejoin the United Nations.

A recent poll similarly reveals that fewer people in Hong Kong consider themselves Chinese, while a rising number view themselves as having a distinct Hong Kong identity. 71% are not proud to be citizens of China, and they are judging the mainland’s policies on Hong Kong as increasingly detrimental in recent years.

Such opposition to Beijing shows no sign of slowing down. Protests in Hong Kong have moved into their eighteenth week, and demonstrations have morphed into a broader movement of dissatisfaction, including anger against police tactics and the undemocratic process of choosing Hong Kong’s leader. This week, the protests turned especially violent as mainland China celebrated 70 years of communist rule.

Some are concerned that mainland China will fiercely crack down against the dissent. After weeks of censoring the public unrest in Hong Kong, Beijing began allowing the dissemination of news that condemned the protestors, such as images of a defaced Chinese government office. Professor Jennifer Larson of Vanderbilt University believes that Beijing will likely take serious action against the protests relatively soon, since the clock is ticking on China’s international reputation by allowing the dissent to continue. Beijing currently hopes to stir up nationalist anger against the increasingly violent demonstrations, but if the massive protests continue, Beijing has made it clear that military intervention remains on the table.