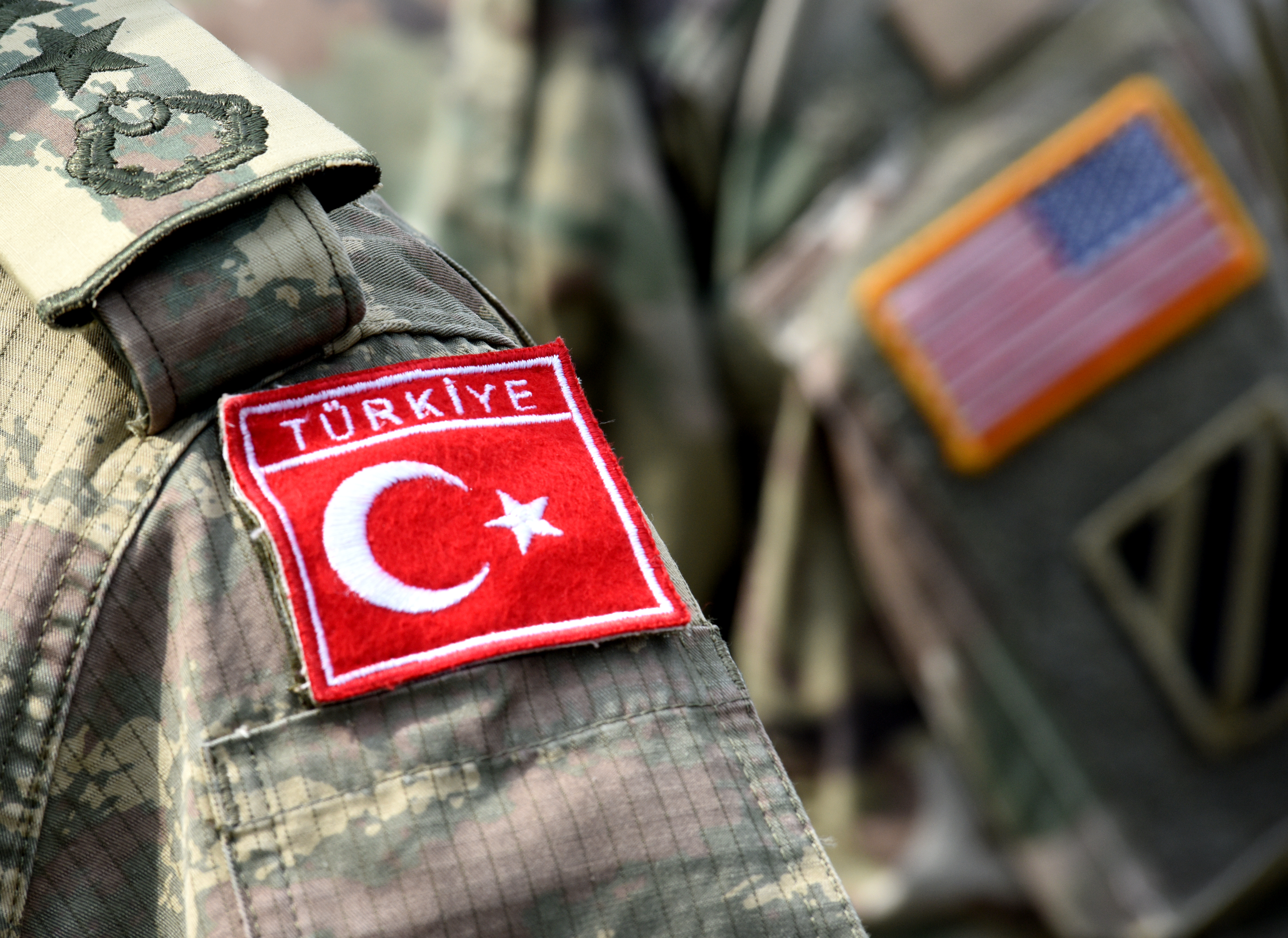 Turkish flag and US flag on army uniform. Turkish and US troops (Getty Images/iStockphoto)

Turkish flag and US flag on army uniform. Turkish and US troops

President Donald Trump announced in early October that he would be withdrawing U.S. troops from the Turkey-Syria border. Turkey seized the opportunity, invading north-eastern Syria just three days after President Trump’s decision. Kurdish forces, which once enjoyed U.S. protection, lost some 11,000 fighters at the hands of the Turkish, prompting the Kurds to forge a new alliance with a known U.S. enemy: Syria. In one swift, thoughtless motion, President Trump has managed to abandon loyal allies, empower his enemies, and damage U.S. credibility.

A precarious peace has been destroyed as regional power now shifts overwhelmingly in favor of more aggressive actors — Russia, Syria, and Turkey. The Turkish military incursion refueled the fighting against the Kurds that first began on Syrian territory in 2011. In response to being abandoned and the recent Turkish aggression, Kurdish forces have now allied with Syria, contributing to escalating violence. Adding fuel to the fire, close to 800 ISIS fighters have taken advantage of weak military presence to escape their prison holdings at the Ain Issa camp. ISIS fighters have revived their combative ambitions against the United States and the Kurds, already making threats and demonstrating an eagerness to engage in violence.

More alarming still are the consequences that extend far beyond the massacres and chaos in the Middle East; U.S. credibility and future foreign relations have been destroyed. President Trump’s lack of foresight stains the nation’s reputation as a world power. President Trump withdrew American troops while blatantly ignoring countless warnings of the dangerous repercussions. He describes his decision as “strategically brilliant,” and while this statement is undoubtedly questionable, it also emphasizes the ignorance with which he addresses matters of international security.

Spontaneously abandoning a long-time ally severely weakens future prospects for alliances and international cooperation. U.S. disregard for its friends will lead current and potential allies to become increasingly hesitant of collaboration in mutual agreements, fearful that they will succumb to a fate similar to that of the Kurds. The United States has not only indicated that it is unwilling to defend an ally under attack, but that it is averse to being involved in conflict altogether.

Thoughtless and rash military decisions also signal weakness to countries such as Russia, China, and Turkey, nations that commit to the notion that hard power, or aggression, indicates strength. All too familiar with the use of domineering foreign policies, these countries will not forget the U.S.’s capacity to retreat on a moment’s notice. Shying away from conflict conveys that the U.S. is vulnerable, both at the negotiating table and on the ground. In general, Russia is now more inclined to employ military force and violence when looking to gain political strength.

As the United States removes its military presence, President Putin will be tempted to challenge U.S. commitment to defending its other allies. The speed with which the Americans abandoned the Kurds will prompt Russia and other adversaries to create more rifts between the U.S. and its allies. In addition to weakening the United States’ reputation, Russia is also taking the opportunity to bolster its own. President Putin is certainly enjoying his increasing strength and influence in the Middle East, stepping into the space the United States once occupied.

The United States has been following a steady trend of slowly reducing its foreign relations and web of allies. Although it is difficult to say whether international leaders will perceive these behaviors as simply a symptom of Trump’s America, it is certain that the international stage will no longer be so dominated by American influence. The balance of power is shifting as the holes left by the United States are being filled with ambitious and aggressive actors, eager to gain new strength.